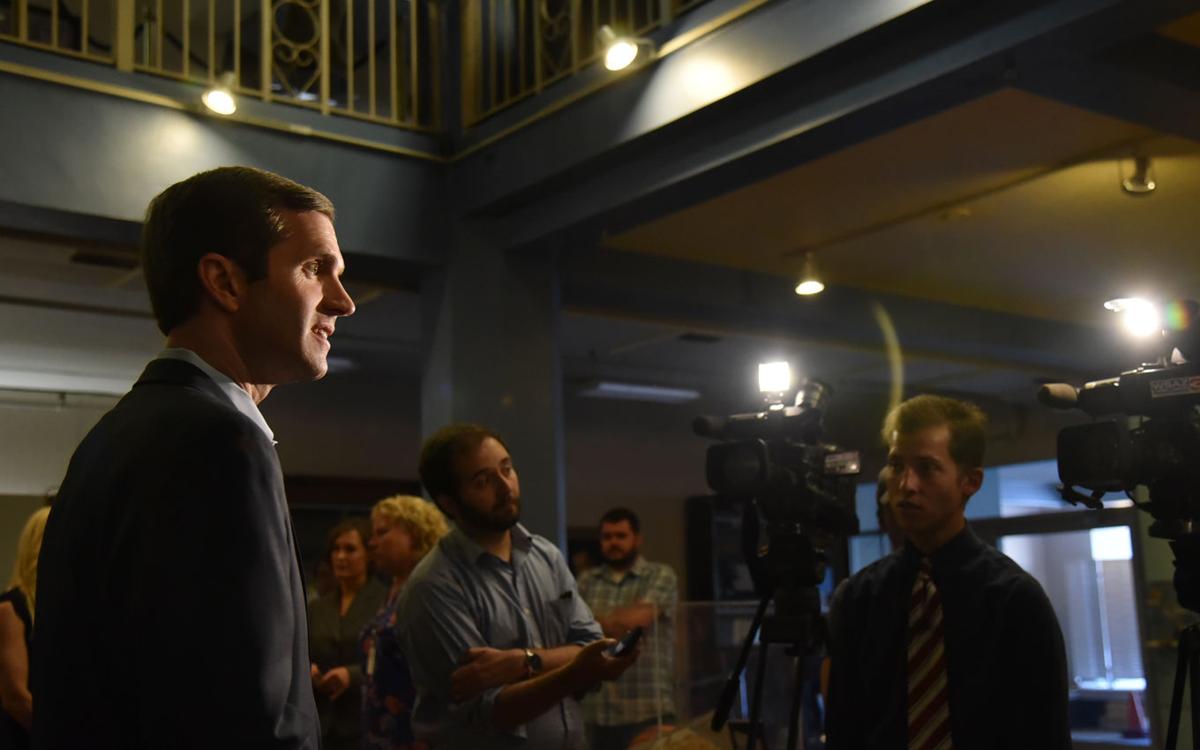 Andy Beshear is pictured in Ashland in July. KEVIN GOLDY | THE DAILY INDEPENDENT

FRANKFORT — Attorney General Andy Beshear and two Democratic lawmakers from Louisville want the General Assembly to authorize statewide grand juries like the one in Pennsylvania which discovered widespread sexual abuse by Catholic priests.

If enacted, the law would allow the attorney general to petition the Kentucky Supreme Court to authorize a multi-jurisdictional or statewide grand jury to investigate child abuse, human trafficking, public corruption and drug trafficking which occur in multiple counties and judicial circuits.

“In some cases, the reason justice doesn’t come for many victims is our state doesn’t have the tools or the laws that will allow us to seek justice for them,” Beshear said.

Rep. Jeff Donahue, D-Louisville, will pre-file the legislation. He and Rep. Jim Wayne, D-Louisville, want the Judiciary Committee Chairs in both the House and Senate to hold hearings on the bill this year “so we can have this jump started for the January session,” Wayne said.

Wayne is a practicing Catholic, licensed counselor and the author of a novel — “The Unfinished Man” — which tells a fictional story of sexual abuse in the church and the efforts of a priest who was himself victimized in his youth to expose and remove abusive priests.

Wayne said he’s discussed the problem of sexual abuse in the church with Kentucky Bishops and they are concerned about losing the trust of their congregation and Wayne said they will support the proposed legislation.

Beshear, also a Democrat, and Republican Gov. Matt Bevin have feuded since each was elected in 2015 and Beshear wants to challenge Bevin in the 2019 gubernatorial election. Republicans who control both chambers of the General Assembly haven’t been sympathetic to legislation backed by Beshear

But Donahue called the measure “sensible” legislation which is “the right thing to do” and he said he will seek Republican co-sponsors in an effort to build bi-partisan support for the bill.

Kentucky law does not currently provide for such a grand jury or allow the state attorney general to seek one.

“The major advantage of having a special grand jury is that it consolidates the investigation and prosecution of crimes that may have occurred in numerous counties to numerous victims,” Beshear said. “When needed, this process would work faster, be more efficient and happen on a larger scale for the many victims impacted.”

The Pennsylvania special grand jury issued a report of widespread sexual abuse by more than 300 Catholic priests in that state’s six dioceses. Beshear said that report helped prompt the proposed legislation in Kentucky.

The law would allow the Supreme Court to authorize such grand juries and the Chief Justice to appoint a special Circuit Judge from one of the affected counties to oversee the grand jury. The attorney general could seek multiple extensions of 90 days.

Beshear said his office has made the Administrative Office of the Courts aware of the legislation and Donahue’s plans to pre-file a bill but he hasn’t discussed it with any of the justices on the Supreme Court.

Beshear is arguing multiple suits against Bevin before the court, including his constitutional challenge to a pension bill which Bevin views as critical to the survival of the state’s public pension funds.

“Right now, with everything pending before the Supreme Court, we didn’t feel it is appropriate to have that conversation right now,” Beshear said.

Beshear emphasized that his office is prepared now to investigate claims of sexual abuse. He said some alleged victims have contacted his office in the wake of the Pennsylvania grand jury’s report.

He urged those who believe they are victims of abuse should call his Office of Victims’ Advocacy at 800-372-2551.

Ronnie Ellis writes for CNHI News Service and is based in Frankfort. Reach him at rellis@cnhi.com. Follow him on Twitter @cnhifrankfort.