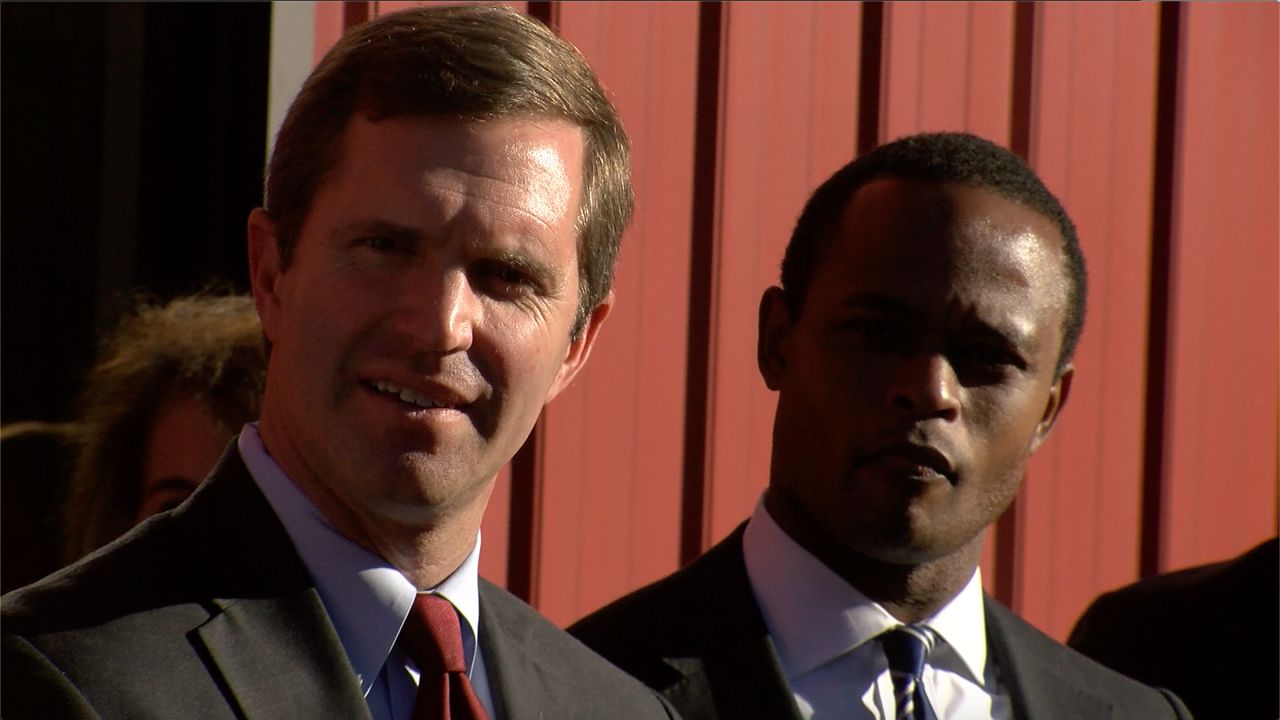 FRANKFORT, Ky. — Kentucky’s Attorney General wants people to wear a mask in public despite being part of a challenge to the Governor’s order mandating masks in public.

Attorney General Daniel Cameron has challenged Governor Andy Beshear’s power during the pandemic multiple times, saying the Governor has overstepped his bounds on some of his executive orders.

“There have been constitutional concerns,” Cameron said. “Are they arbitrary? Are they narrowly-tailored?”

Despite challenging the Governor once again, this time over his mask mandate, Cameron said he still wants people to wear a mask in public.

“I’m not opposed to the wearing of the mask,” Cameron said. “I was in church (Sunday), everyone in the pews had masks on. This is just a matter of it can be mandated.”

Gov. Beshear said it was hypocritical for Cameron to say he’s not against wearing a mask but to challenge the mandate anyways.

“You can’t have it both ways: You can’t say that you’re not against the mask mandate and then challenge it,” Beshear said. “I would just say, I challenged the last Governor (as Attorney General), but we were never in a worldwide health pandemic where the challenge was over a facial covering that could save lives, $10 billion of our economy, and be the key to reopening schools.”

Cameron also wants the Governor to reach out to his office and leaders in the legislature when he issues mandates.

“On a number of orders that have gone out prior to this one, we have not been included or consulted in the input of those orders,” Cameron said. “I think as the chief legal officer, it would be good for the Governor’s office to communicate with us.”

Cameron also tied the lack of communication to the court challenges.

“It has resulted in there being challenges that have been brought by citizens of the Commonwealth in addition to our office, and those challenges have resulted in some of those orders being overturned,” Cameron said.

Beshear said he’s not legally required to consult the Attorney General or any of the legislative leaders.

Beshear also said the notion he isn’t talking with Republicans or anyone else in regards to his executive orders is false, and either he or his office has been in frequent contact with Republican lawmakers.

“Just because they’re not on the telephone with me doesn’t mean they’re not talking,” Beshear said. “The public’s not getting all the information but if I go out and try to correct the record every day, I’m caught up in the drama and I’m not fighting Covid, I’m fighting other people. I’m going to fight Covid.”

Cameron has asked a judge in Scott County to apply a temporary restraining order stemming from another challenge to Gov. Beshear’s executive orders to stop the mask mandate.

Beshear issued an executive order July 10 mandating masks to be worn in public, with certain exceptions, for a 30-day period.