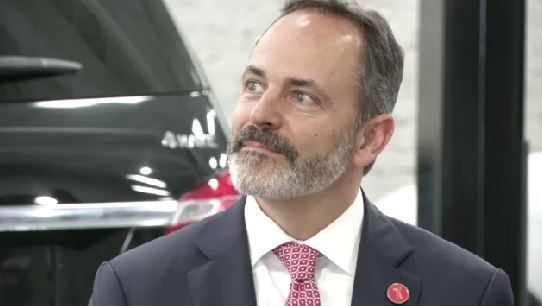 CINCINNATI- Gov. Matt Bevin, R-Kentucky, says if Kentucky’s Supreme Court rules against pension reform they are “poking the legislature in the eye”.

While speaking on conservative radio station 55KRC’s The Brian Thomas Show, Bevin spoke about the importance of the Kentucky Supreme Court upholding the pension reform bill passed the past session.

“Our largest pension system is now less than 13 percent funded, it can have double digit returns and still lose value,” he said. “It is bleeding out.”

Bevin went on to say if the high court upholds the ruling from Franklin Circuit Court Judge Phillip Shepherd striking down the law, it would be for political reasons.

“It would uncork, I don’t know what kind of mayhem in Kentucky,” he said. “What a shame that would be.”

Bevin once again reiterated their defense that the Supreme Court does not have the authority to make a ruling on the pension case because it goes against separation of powers.

“I seem to recall the Illinois Supreme Court faced with the same issues said that the legislative body couldn’t do anything, so it’s certainly in the realm of possibility,” Thomas said.

Bevin agreed with the host.

“It is, and this is what happens when we allow legislators to run amok,” Bevin said. “Unfortantely, we are supposed to be a divided government and we do have distinct powers and an executive, judicial and legislative branches. Each is expected to be a piece of the puzzle, not the entire puzzle. Increasingly, we have seen activism come from the judicial side that would be a shame if we saw it come to that level in Kentucky.”

Arguments were heard by the high court in September, a ruling is expected before the end of the year.