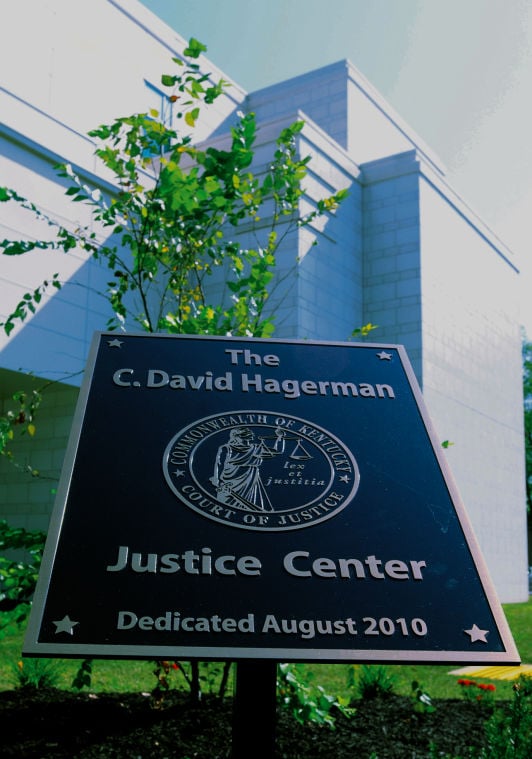 FRANKFORT Boyd County would lose two of its four judges in district and circuit court, but gain a family court judge if the Kentucky legislature approves the first statewide judicial redistricting plan in over 40 years.

The plan, revealed Tuesday, would go into effect in 2022 when all circuit, family and district court judges are on the ballot.

Kentucky would reallocate a significant amount of resources toward family courts, adding 16 family court judges while losing 15 circuit and district judges. Judges from circuits with lower workloads would also relocate to areas of higher demand, while some counties would move from one jurisdiction to another.

Circuit court clerks, commonwealth’s attorney, legislators, including outgoing State Rep. Lew Nicholls, D-98th District, and judges from all four levels of the court system were part of the committee.

“We recognize there are differing opinions about how to allocate judicial resources and not everyone will agree with the proposed changes,” said Minton. “However, the Supreme Court believes this plan will move us beyond the years of inaction and provide a solid start to correcting the pockets of workload imbalances we identified across the state.”

In 2014, the state General Assembly had tasked the state Administrative Office of the Courts, or AOC, with completing a judicial workload assessment study as the basis for a redistricting plan.

The AOC coordinated with the National Center for State Courts, or NSCS, to conduct the assessment.

For four weeks in the spring of 2015, a judicial time study was conducted state wide, and 95 percent of circuit, family and district judges participated.

The judges logged time spent handling cases and taking care of judicial duties outside of court. The NSCS calculated a formula based on a time study report that included case weights and measured workloads for each phase of a case and its jurisdiction.

The formula generated an implied judicial need for each jurisdiction.

The committee determined courts that scored below 1.4 on the implied judicial need scale didn’t need more than one judge. Boyd County represents the 32nd district and 32nd circuit in the state.

Based on the data analysis, the committee decided to eliminate a judge in both courts, while creating a new family court judge position.

In a conference call with reporters from across the state, Minton reiterated that the committee’s decision to remove two judges from the local courts system was based on the judicial time study. All four current Boyd County judges took part in the study, Circuit Judge David Hagerman said.

“I am disappointed, disheartened and in disagreement with the recently proposed judicial redistricting plan,” said Sinnette, a longtime local attorney and the son of former Boyd Circuit Judge Charles Sinnette.

“The judicial re-districting proposal is supposed to be caseload and time driven. In Boyd County’s situation, it’s supposedly the lack of caseload. It was my belief and understanding our courthouse was constructed based upon the need, due to the volume of cases in the court system and that Boyd County was also in need of a family court judge,” said Sinnette.

“From my personal experience in 27 years of practicing law, the judges’ caseloads have drastically increased and not decreased,” Sinnette said. “I think the mechanisms that were used to collect and analyze data to determine judicial redistricting were flawed.”

Sinnette said he’s “heard on several occasions throughout the state” that many cases included in the time study were misclassified, and didn’t take into account other case types, such as class-action lawsuits. “While I disagree that judicial caseloads has decreased in the east, eliminating judges in the east and west promulgates a foregone conclusion that eastern and western Kentucky will never experience economic revitalization,” he added.

Sinnette suggested the redistricting plan should not take place until 2030 when all judges, circuit clerks and commonwealth’s attorneys are up for re-election.

Hagerman and Circuit Judge George Davis said they want to reserve comment until after they’ve further examined the redistricting plan.

The 20th District of Greenup and Lewis Counties would not be impacted by the plan. The 37th District of Carter, Elliott and Morgan would also not be affected. Lawrence and Johnson Counties would lose one district judge but keep the other, and retain their one circuit and one family judge.

Minton told reporters the committee’s plan is final and would not be modified during or after the legislature votes. The state Supreme Court would certify the redistricting if it passes.

Incoming GOP House Speaker Jeff Hoover told the Associated Press there is not heavy support for the plan among the new Republican majority, noting that outgoing members of the House had originally pushed for it. But House Republicans will “keep an open mind,” Hoover told the AP.

Minton said the redistricting plan is heavily influenced by a rise in family-related court cases across the state and country.

“The real growth in the modern court system now and in the future seems to us is going to be in dealing with family issues and the need to deal with those family issues quickly,” Minton told reporters.

All but 10 Kentucky jurisdictions would have a family court judge if the plan is approved.