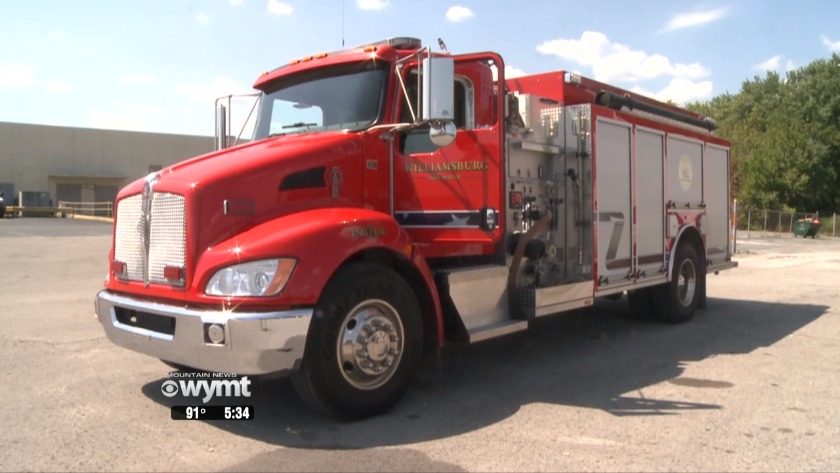 (WYMT) – The recent dry spell is causing concerns for local county officials. Some parts of the state are in a moderate drought, and some counties are already dealing with forest fires.

The Laurel County Sheriff’s Office said the county judge’s office and the director of emergency management banned “any and all open burning in Laurel County.” The ban will remain in effect until the county gets enough rainfall to mitigate the fire hazard.

Just last week, one fire got dangerously close to a couple of homes near London. The Laurel County fire chief said the fire on Green Meadow Road was put out quickly.

Williamsburg Fire Chief Larry Todd, said the conditions continually being hot and dry are making favorable conditions for fires. Over the weekend, Todd said, other surrounding departments had to call in mutual aid, the fires got so large.

The Whitley County ban is in effect until further notice.

The Floyd County burn ban will go into effect on Tuesday, September 17 and will continue until further notice.

The Pike County judge executive signed the burn ban due to “current and predicated weather conditions and the extraordinary danger of forest fires.” This ban will also be in effect until further notice.

“Effective immediately I am placing a burn ban on any and all open burning in Jackson County. We have very dry conditions throughout the county and if a fire gets out it could be very destructive,” posted the Jackson County judge executive. “We will need sufficient and substantial rain in order to lift this ban and this week looks to be very dry. I am using my best judgment along with recommendations of our fire chiefs on this situation. Sorry for any inconvenience but we are doing this to protect our county.”

Monday afternoon, Lee County joined the others in issuing a burn ban. Violation of a burn ban is a misdemeanor punishable by law.

“It is very rare for this to be necessary so early in the year,” posted W.R. Castle Fire-Rescue after Johnson County joined the other counties. “Please refrain from burning anything until we receive significant rain.”

The simple act of throwing a cigarette out of a car window caused some minor fires in the Stanford area of Lincoln County. At least one outdoor fire resulted in a grass and brush fire getting out of control.

“Like I said, it is extremely dry. It is just so easy to get out of control,” said Chief Danny Glass with the Lincoln County Fire Department. “My problem is when the tones drop, when the emergency drops lights and siren to these fires, when that happens, the risk goes up.”

“What prompted this… we had, a few days ago on 78, property owner…he did nothing wrong,” said Glass.

Lincoln County officials said the man did the right thing in calling for help right away, but since then they decided to prohibit all outdoor burning.

“No open burning, period. You can still cook on your grill and so forth,” Glass said.

Fire officials said property owners may not realize the danger they pose to themselves and others in a simple backyard fire.

“My question is what if someone has a fatality accident while they are enroute. We need to abide by the laws,” said Glass.

A statewide burn ban goes into effect in October, which is issued every year by the Kentucky Division of Forestry. It is never legal to burn most trash or construction and farm waste.There is already concern that this fall will be especially bad because of the current dry weather.

If more counties issue burn bans, we will add those announcements to this article.