Four deaths have been linked to use of electronic cigarettes and federal officials are investigating more than 450 cases of possible illnesses related to “vaping” in 33 states, CBS News reports.

The latest deaths were in Indiana and Minnesota. The previous deaths were reported in Illinois and Oregon. 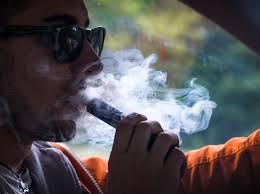 The Minnesota state epidemiologist said the patient was over 65, had a history of lung disease, and died in August after a long and complicated hospitalization. They are investigating whether the death is linked to tetrahydrocannabinol (THC), the psychoactive ingredient in marijuana.

Many, but not all, of the patients with serious lung illnesses associated with vaping have reported recent use of products with THC.

The CDC says that because no evidence of infectious diseases have been found in these patients, the lung illnesses are likely associated with a chemical exposure.

The agency stressed that it’s too early to pinpoint a single product or substance common to all cases, although “New York state health officials have reported that vitamin E acetate found in cannabis vaping products may have caused at least some cases,” Salynn Boyles reports for MedPage Today.

“We are committed to finding out what is making people sick,” CDC Director Robert R. Redfield said. “All available information is being carefully analyzed, and these initial findings are helping us narrow the focus of our investigation and get us closer to the answers needed to save lives.”

Kentucky only started tracking vaping-related lung illnesses this week, which means there may more instances than have been reported in the state, Lisa Gillespie reports for Louisville’s WFPL. Dr. Ehab Haj Ali, a Louisville pulmonologist, told Gillespie that he had treated two people in the past two weeks who may be part of the national outbreak.

Ali told Gillespie that both patients were otherwise healthy, but had severe respiratory symptoms and reported recently starting to use e-cigarettes. Ali said one of the patients, who started using e-cigs as a way to quit smoking, almost died and had to be put on a ventilator for two weeks.

As of Sept. 6, the Cabinet for Health and Family Services reports one probable case of vaping-related pulmonary disease in Kentucky and zero confirmed cases.

Gillespie reports that the lack of tracking is a nationwide problem.

“According to a report from Kaiser Health News, there’s never been a clear way for doctors to report vaping-related illnesses to federal health authorities. While the Food and Drug Administration tracks incidents related to medical devices and drugs, e-cigarettes and vapes don’t fall in either category,” she writes.

Patients have had symptoms including cough, shortness of breath and fatigue, with symptoms growing worse over a period of days or weeks before admission to the hospital. Other symptoms may include fever, chest pain, nausea, abdominal pain and diarrhea.

If you are experiencing any of these symptoms, state health officials ask that you refrain from further use of electronic cigarettes, but keep the device for possible further investigation. The FDA encourages the public to submit detailed reports of any unexpected health issues related to tobacco or e-cigarettes to the FDA through its online Safety Reporting Portal.