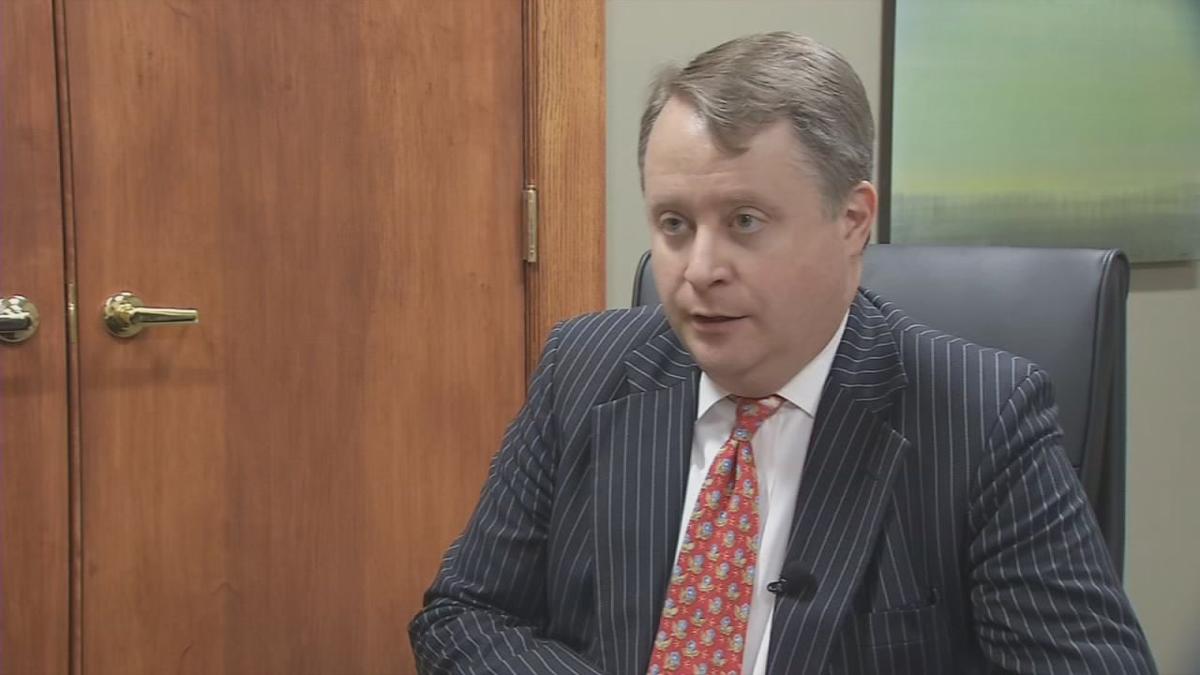 J. Russell Lloyd speaks with WDRB News during a 2017 interview. Lloyd , the leader of Louisville’s Democratic Party, died Sunday at age 50, the party announced in a news release.

LOUISVILLE, Ky. (WDRB) — The man who helped lead Democrats in Jefferson County to historic wins in 2018 and 2019 has died.

J. Russell Lloyd, the chairman of the Louisville Democratic Party’s executive board, died Sunday morning, according to a news release from the party. The Louisville native and family law attorney was 50 years old; no cause of death was announced at this time.

Lloyd, a Louisville native, was known for leading the Louisville Democratic Party through strategic planning, said Virginia Woodward, the vice and acting chair of the party’s board. She credited Lloyd with helping Democrats flip two seats in the Kentucky House of Representative in 2018 and elect Gov. Andy Beshear in 2019.

“Russell has made a permanent mark on how the Louisville Democratic Party functions,” Woodward said in a statement, “and we will honor him by continuing his legacy of leadership, ethics and commitment to electing Democrats across Jefferson County, up and down the ballot.”

Lloyd was elected as chair of the Louisville Democratic Party during the party’s reorganization in 2016. He also ran Jefferson County’s voter protection hotline for several years.

In a statement, Louisville Metro Council President David James said Lloyd “strongly believed in democracy and worked with everyone in our party to bring new thoughts and ideas into the political process.”

“While he was a lawyer by profession, he was also dedicated to many civic activities,” James said. “… he has said many times he wanted to see our city become a world class city.

“Our thoughts and prayer are with his wife and family in this time of grief,” he added. “Those of us who knew and worked with him have lost a good friend.”