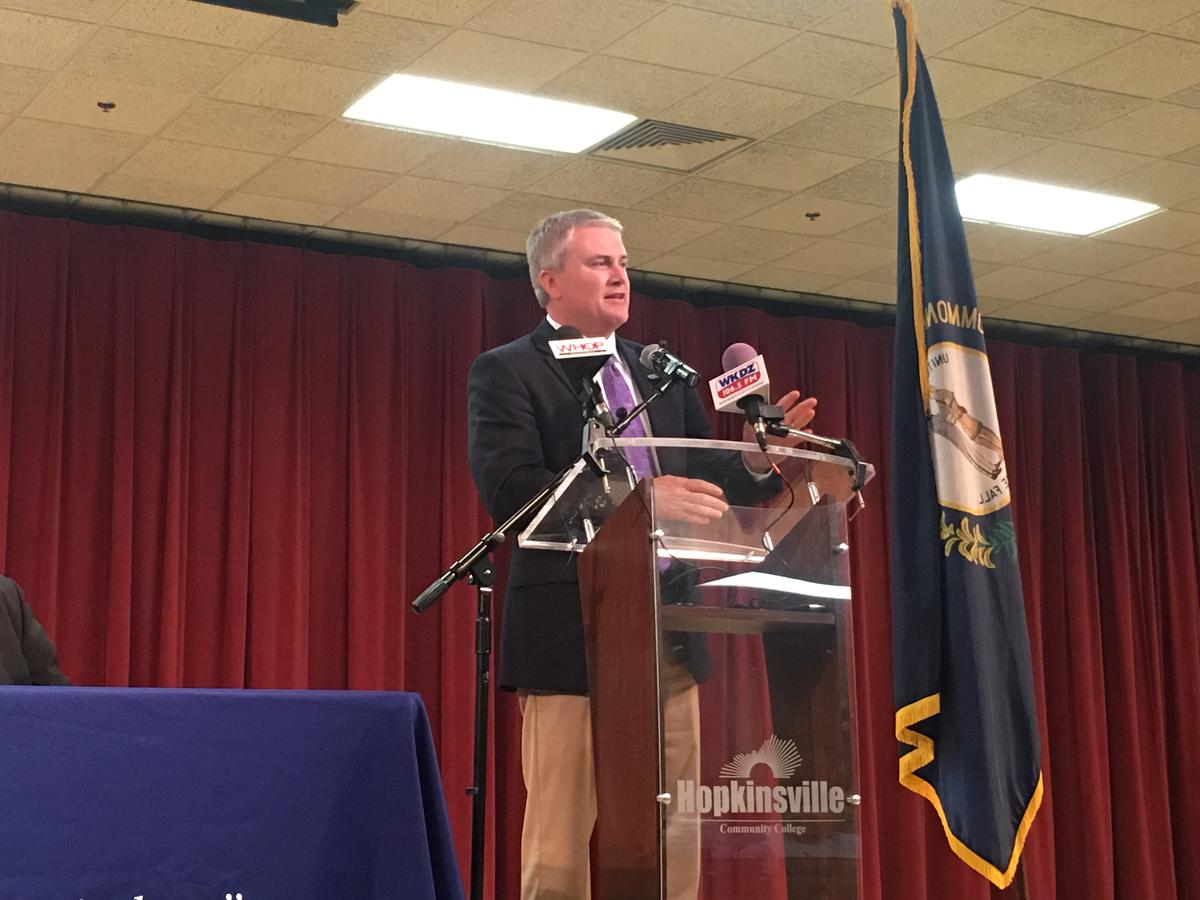 The next farm bill will require cooperation and concessions from agriculture commodity groups amid a challenging budget environment in order to pass. That’s according to Congressman Comer, who serves on the House Committee on Agriculture.

The farm bill is sweeping legislation authorizing funding for agriculture and nutrition programs. According to NPR, the 2014 farm bill took two years to pass and contained $500 billion in funding, much of which was pegged to the Supplemental Nutrition Assistance Program (SNAP), or food stamp program.

Comer said some members of Congress may suggest separating the funding into two separate bills – one focusing on agriculture and the other on nutrition, but he cautioned against that, arguing that members who would vote “no” would just vote no twice.

Comer said last farm bill passed when times were good in the ag industry (grain and livestock prices were almost double). Now, commodity prices are down and there is uncertainty about trade in the future, he said. Discussing this issue with President Trump, he mentioned that Mexico, Canada and China are crucial to trade. “Some of the countries we’ve had difficult rhetoric with are our biggest trading partners,” he said.

He has said that Trump should “tread lightly” on foreign trade – referring to the notion that tariffs on exports could mean tariffs on imports, too. “If we started having countries slapping tariffs on us then that would drive commodity prices down even further,” he said. 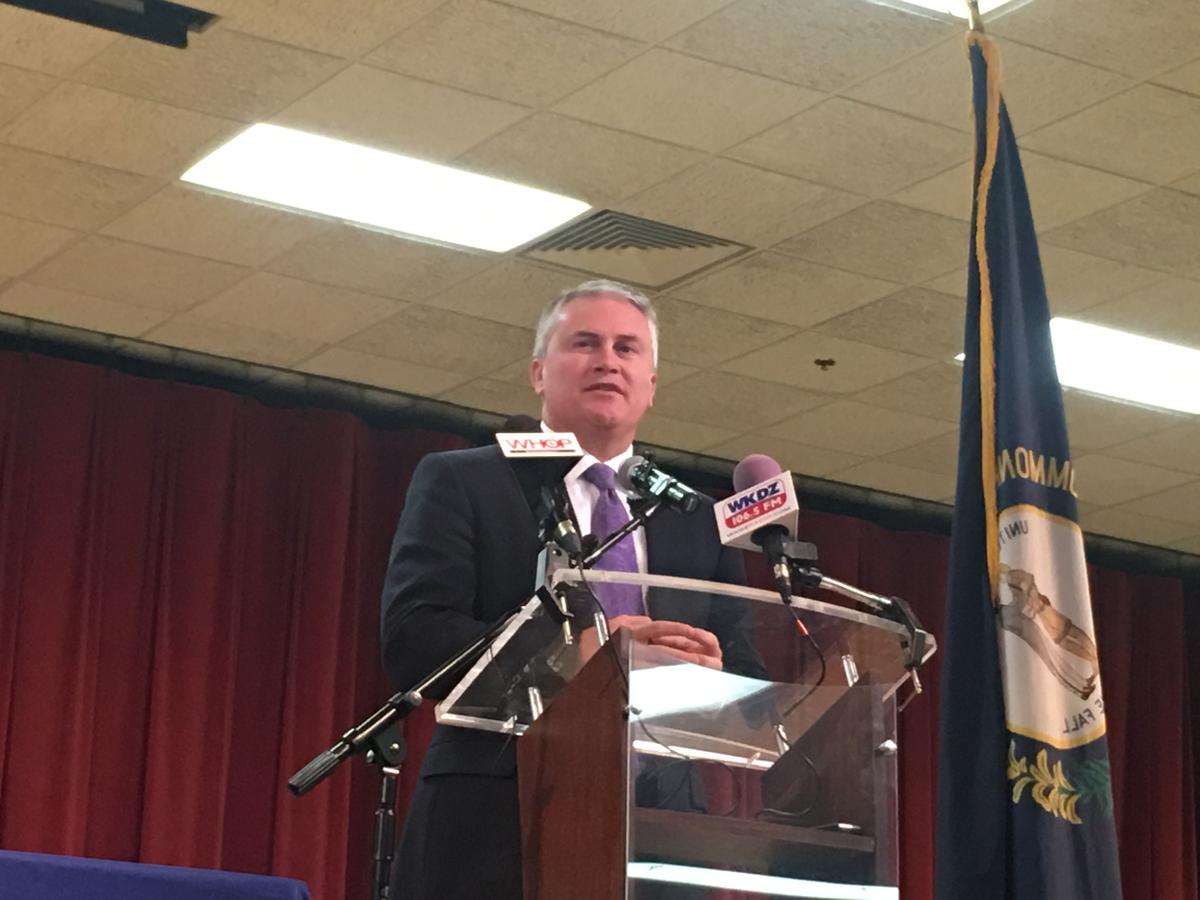 In Hopkinsville, industry leaders outlined what they want in the next bill including crop insurance, assistance for new farmers, higher ed research programs and streamlining H2A visas for foreign workers.

Crop insurance was a common theme that emerged throughout the evening. The Farm Bureau offers insurance products and other related services. Some members mentioned helping new farmers get credit to get started.

More crop insurance could help the ag industry where cash flow is not always predictable, he said. “To have confidence in the financial community to lend to agriculture and to lend to farmers you have to have stable, quality, dependable insurance. And agriculture is so big that there has to be some federal involvement in the crop insurance program,” Comer said.

Funding research and education programs not only helped institutions like universities, but the data used from those programs could be accessed by farmers.  In areas like conservation, technical assistance for things like crop irrigation would be useful. Kentucky Poultry Federation Executive Director Jamie Guffey asked for more funding to educate farmers about issues like avian influenza.

Guffey also urged opening foreign trade pathways like Cuba (which Comer supports). He said almost all chicken feet from Kentucky go to China at $1 dollar per pound. He said products like this could extend to new and expanded markets.

As for elements of immigration reform in the farm bill, Comer said the H2A program is too expensive and too burdensome, calling the regulations “ridiculous.” He said a solution needs to be common sense, citing an “unprecedented” labor shortage in the U.S. He said he wants it to be cheaper and easier for farmers to get workers into Kentucky. Kentucky Farm Bureau First Vice President Eddie Melton said, “we need labor on our farms.” Comer said immigration has been politicized by both parties. He said the ag industry needs workers to come and harvest tobacco. “I hear people say well let’s cut welfare and that’ll make people go out and work. I would love to see that, but I have a theory… I don’t know if a lot of these people could get out and cut tobacco and house it in the middle of August.” There needs to be a realistic conversation, he said, citing an apparel company in Kentucky that has had openings for six months. He said people without any issues in the H2A program should have two or three year contracts as a means to cut down on paperwork and compliance.

Comer said he would fight for these things but warned there could be cuts. “We have to try to get all we can get to benefit agriculture to benefit family farmers. But at the end of the day we’re going to have to compromise and we’re going to have to prioritize,” he said. He predicted some cuts could include conservation programs or USDA service centers. While he pledged to fight for full funding, he said there will be some compromise at the end of the day.

President Trump’s proposed budget includes a 4.7 billion dollar cut to the USDA. Comer said many questions won’t be answered until Sonny Perdue is sworn in as Secretary of Agriculture.

Passing a farm bill is one of Comer’s top priorities as Congressman. He said it’s his “niche issue” as a farmer and is meeting with commodity groups in Washington. Comer is former Kentucky ag commissioner and owns a family-run farm. 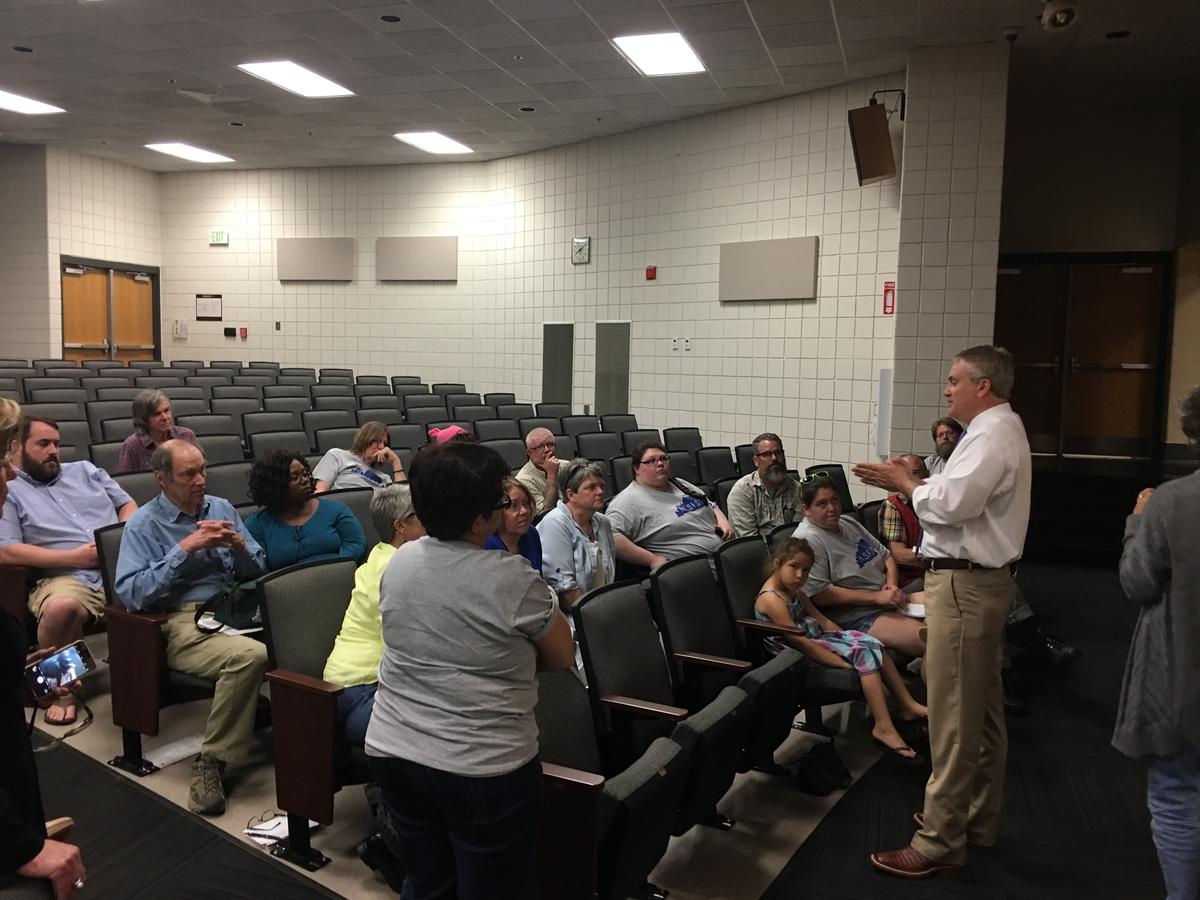 He reiterated many of the points made in the Paducah forum. He argued the Republican plan created an environment for health insurance companies to operate across state lines, adding that there is not enough competition in the healthcare market. He said if someone, for instance an able-bodied person, is abusing the system they shouldn’t be covered under Medicaid. He also warned that premiums will continue to increase.

He said it could be another four or five months before a revised health care bill passes – if one were to pass at all. “If you asked me to bet ‘will you all pass a bill before the August recess’ I wouldn’t bet on it right now. Because I’ve sat in on closed door meetings and they’re unlike anything I’ve ever seen in my life. There’s so much infighting,” he said.

Regarding Medicaid expansion, Comer said, “A lot of the Republicans have been less than truthful on the success of the Medicaid expansion. It has been a success for the first three years. Now the bill’s coming due. The way that Medicaid expansion was set up, the federal government covered that cost for the first three years.” He said Governor Matt Bevin campaigned on repealing the expansion when he took office but didn’t do it because it was helping people and hospitals and that the federal government was paying the bill. Now, he said the state has to pick up 7 to 10 percent, which for a half-million people would be “a budget breaker in Frankfort,” he said. Bevin’s administration is moving forward with a plan to alter the state’s expanded Medicaid system.

He also said that social issues aren’t necessarily his main area of focus like other members of Congress and respects that people have differing opinions.

Comer is holding several town hall meetings across the region