Arthur says the city must do more to combat gentrification, a process that takes place when poor urban neighborhoods are revitalized to attract wealthier inhabitants, typically forcing out poorer people in the process.

“We have been neglected and ignored for far too long,” said Arthur, D-4. “We need to have something on the books in place to make sure that doesn’t happen ever again.”

Arthur, who is brand new on the Louisville Metro Council, says gentrification is one of the first issues he’ll try to tackle.

While his district includes downtown Louisville, it also includes some of the poorest parts of the city around downtown’s fringes.

But the freshman councilman says his district is losing people who’ve been priced out of the market.

As a result, he’s drafting an ordinance that would designate certain neighborhoods as “Historically Black” to protect them from gentrification.

The ordinance would prohibit non-residents from buying up large quantities of vacant homes and properties in those neighborhoods. It would give renters there an affordable pathway to ownership. It would also give residents and their neighborhood associations the power to approve or deny future developments.

Arthur says the ordinance isn’t against growth and business. Instead, he says it’s for protection. 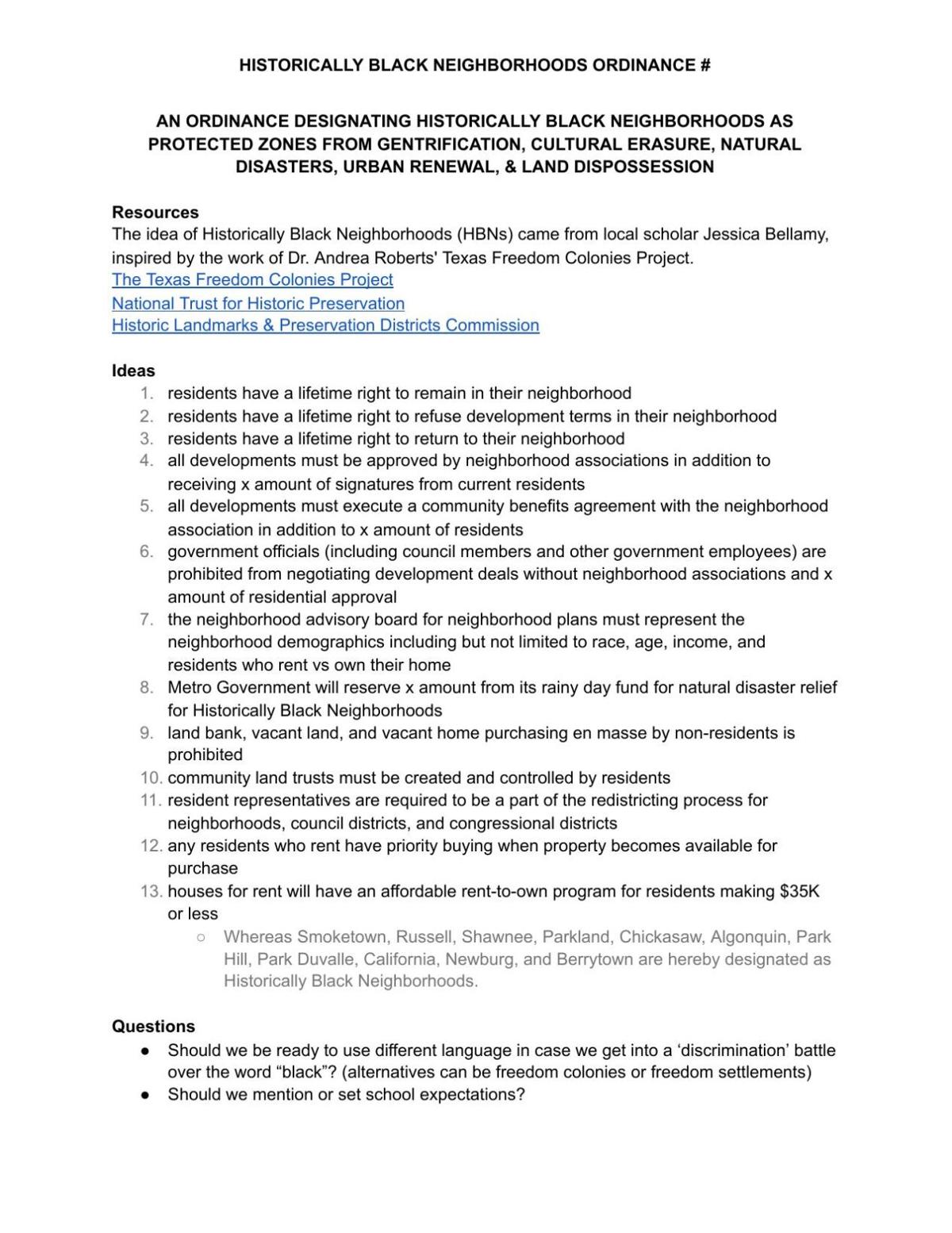 Though she’s still studying the specifics of the ordinance, which is still in its infancy, Sadiqa Reynolds gives Arthur’s overall goal the Louisville Urban League’s stamp of approval.

“I think the council should absolutely give it a hard look,” said Reynolds, the Louisville Urban League’s president and CEO.

While Reynolds says gentrification isn’t yet a huge problem for West Louisville, she argues the signs are there.

“We’ve seen Nashville. We’ve seen what’s happened in other cities. We see Smoketown,” she said. “So, people are very concerned, and they have every right to be.”

As a realtor who lives in Louisville, Amber Carter is also concerned about the ill effects of gentrification.

“Instead of trying to include the members that are already in that community, they move them out,” Carter said.

The ordinance hasn’t yet been filed. Arthur says he’ll soon host a series of virtual public input sessions to help him continue crafting the legislation before moving forward. Details for those sessions will be announced on his social media pages.