You are here:
BY ASSOCIATED PRESS AND AUSTIN LANDIS WASHINGTON, D.C. 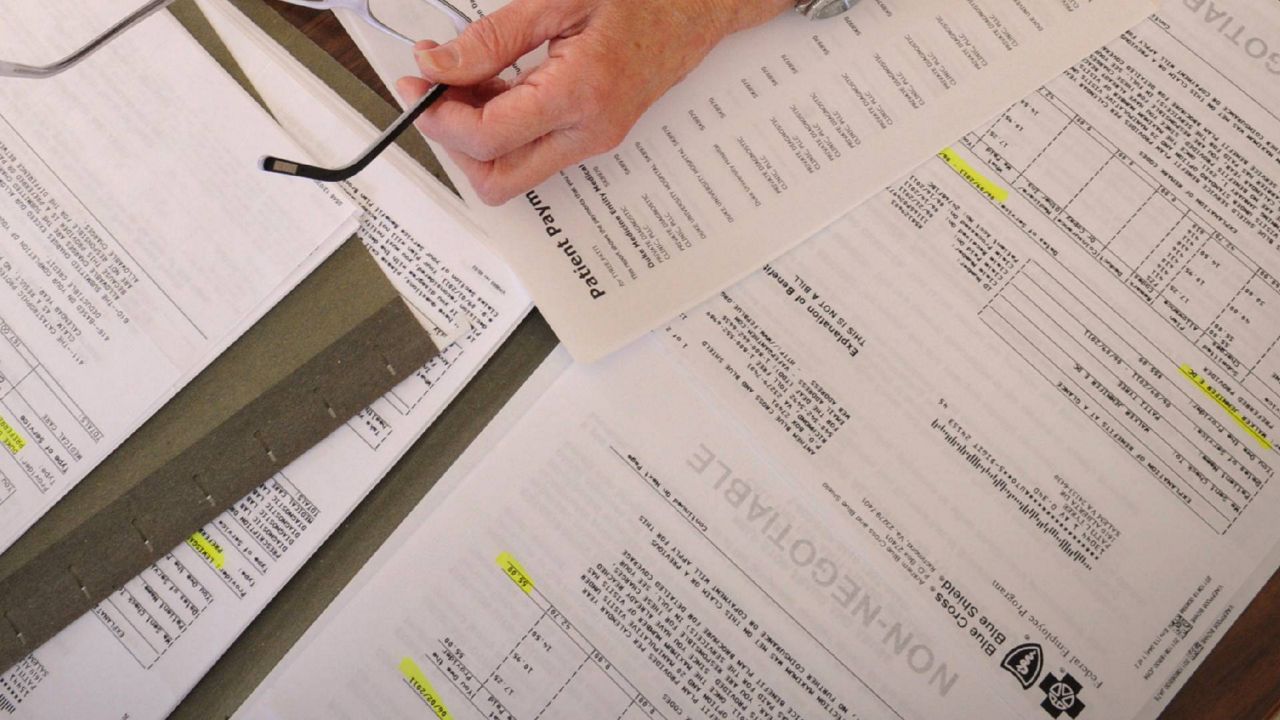 FILE – In this Dec. 20, 2011 file photo medical bills are spread out on the kitchen table of a cancer patient in Salem, Va. (AP Photo/Don Petersen, File)

New federal protections will now shield millions of Americans from what are known as “surprise” medical bills, bills that are charged to someone after an emergency where they receive out-of-network care and can often add up to tens of thousands dollars.

The new protections went into effect on Jan. 1 with the new year, after bipartisan work during both the Trump and Biden administrations. They had ultimately passed as part of the No Surprises Act, which was included in the budget and COVID relief bill that made it through Congress in late 2020.

Patients will no longer have to worry about getting a huge bill following a medical crisis if the closest hospital emergency room happened to have been outside their insurance plan’s provider network.

They’ll also be protected from unexpected charges if an out-of-network clinician takes part in a surgery or procedure conducted at an in-network hospital. In such situations, patients will be liable only for their in-network cost sharing amount.

The law’s new protections are aimed at:

“After years of bipartisan effort, we are finally providing hardworking Americans with the federal guardrails needed to shield them from surprise medical bills,” Department of Health and Human Services Secretary Xavier Becerra said in a statement this week.

“We are taking patients out of the middle of the food fight between insurers and providers and ensuring they aren’t met with eye-popping, bankruptcy-inducing medical bills,” he added.

Surprise medical bills have been a common problem for people with health insurance, all the more irritating because most patients might have thought they were protected. Charges running from hundreds to tens of thousands of dollars came from doctors and hospitals outside the network of patients’ health insurance plans. It’s estimated that about 1 in 5 emergency visits and 1 in 6 inpatient admissions triggered a surprise bill.

Although many states already have curbs on surprise billing, federal action was needed to protect patients covered by large employer plans, which are regulated at the national level. A 2020 law signed by then-President Donald Trump laid out a bipartisan strategy for resolving the issue, and the Biden administration filled in critical details.

The new system will create a behind-the-scenes dispute resolution process that hospitals, doctors and insurers will use to haggle over fees, without dragging patients into it.

When an insurer and a service provider disagree over fair payment, either side can initiate a 30-day negotiation process. If they still can’t come to an agreement, they can take the matter to an independent arbitrator.

The arbitrator will use as a guide a set amount intended to balance the value of the medical services provided with the goal of keeping costs from ballooning out of control. Clear justification will be required for the final payment to end up higher or lower.

There will also be a new way for uninsured people and patients who pay their own way to get an estimate of charges for medical procedures, as well as a process for them to resolve billing disputes.

The idea was to take patients and their families out of the financial equation by limiting what they can be billed for out-of-network services to a fee that’s based on in-network charges. That amount gets counted toward their in-network annual deductible.

Before the ban on surprise billing, patients usually had to take the initiative themselves to work out unexpected charges. In many cases the hospital or doctor would go back and forth with the insurance company until they reached an agreement. But there was no guarantee that would happen, and patients were at risk of being placed into collection proceedings in situations they had no control over.

Two-thirds of Ky. counties remain at high risk for COVID-19
August 9, 2022
Poll: Half of Kentuckians believe the pandemic is over in their own lives
August 9, 2022
HCA Healthcare pledges up to $400K for Kentucky flood relief
August 9, 2022
Governor says dealing with private bridges damaged by flooding is a complicated issue
August 8, 2022
Gov. Beshear: Feds to cover 100% of some costs in flood-ravaged areas for 30 days
August 8, 2022
Data shows Ky. remains at 37th in child well-being, with many kids suffering from mental health issues
August 8, 2022
Latest Posts
Blog Archive
Go to Top