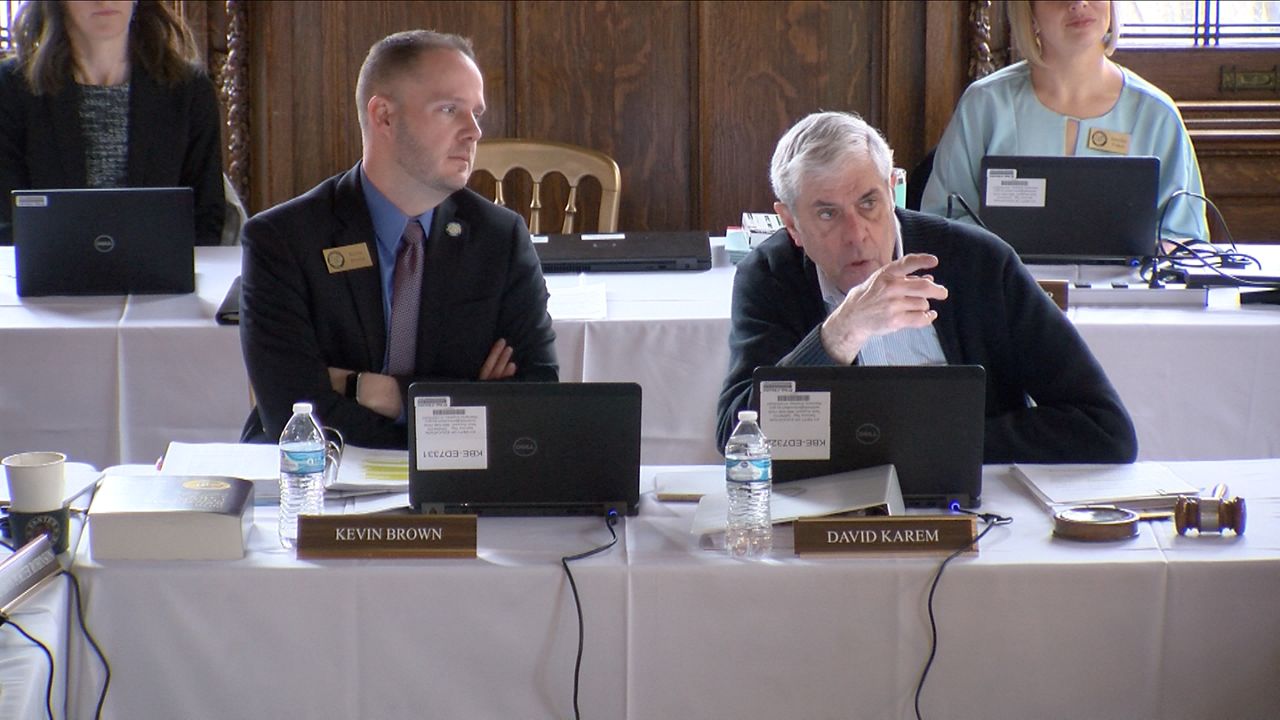 FRANKFORT, Ky. — The Kentucky Department of Education laid out its timeline to hire a new education commissioner at Friday’s state Board of Education meeting.

January 24, 2020 is the deadline for potential search firms to apply for the job.

Three Board of Education members will score the bids and bring in finalists February 11 for interviews.

The board is expected to pick a search firm during a special meeting the next day.

During all of this, the Department of Education will also conduct a public survey to gather thoughts from people on what qualifications should be considered for an education commissioner.

Kentucky Department of Education Associate Commissioner Robin Kinney said she expects the timeline to be “aggressive” once the search firm is selected, and she expects the board to have a candidate to consider by July 1.

Board chairman David Karem has previously said Brown will not be considered for the permanent job.

The board named Brown interim commissioner when former commissioner Wayne Lewis resigned in December amid pressure from Governor Andy Beshear and the new education board.

Beshear established the new board with an executive order the first day he was in office, following a promise he made several times during the campaign.

Members of the former board, appointed by former Governor Matt Bevin, have sued Beshear over the move. They failed to get the Kentucky Supreme Court to issue a temporary injunction to stop the board from meeting for the first time last month.