“Most motorists continue to see gas prices increase, here in Kentucky as well as across the country. Prices in the Bluegrass, in particular, have continued to climb in most areas. But for many, those increases have been at a slower rate than the past few weeks,” said Lori Weaver Hawkins, manager, public and government affairs. “Part of that is due to more stable crude oil prices throughout January. However, if demand continues another week of substantial increases, we can expect to see pump prices get noticeably more expensive.” 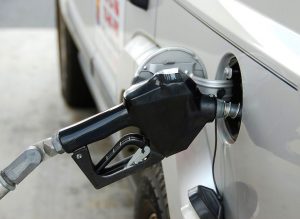 At the pump, the national average increased by two cents on the week to $2.40. Kentucky’s week-over-week average edged up about 3 cents to $2.26, landing it a spot on the “top 10” greatest increases week over week.

With the national average 15 cents more expensive than this time last month, Kentucky’s gas price average, and that of every other state, is more expensive than December. But year-over-year, motorists are still saving at the pump, on average about 12 cents, with the exception of Maryland (+4 cents). Kentucky’s average is 12 cents cheaper than this time last year, when the average for the Commonwealth was $2.38.

In Lexington, the average price is still rising rapidly, up 12 cents from last week to land at $2.29, but just 7 cents higher than a month ago.

Surrounding communities have also seen gas prices rise in the past week, though some less rapidly. In Nicholasville, the average price is up 6 cents, now at $2.27. Georgetown is also up 6 cents, now averaging $2.29. Versailles took the biggest jump, up 13 cents to land at $2.31, while Winchester held steady at $2.29. Richmond is up 6 cents, landing at $2.34.

Owensboro is the community with the lowest price in Kentucky at $2.14. The high spot in the Commonwealth remains Louisville, rising a dime since last week to land at $2.38.

At the close of Friday’s formal trading session, WTI decreased by 86 cents to settle at $52.36. Crude prices declined last week following market concern that crude demand may suffer as coronavirus infections rise and travel restrictions, which are meant to curb transmission of the virus, reduce crude demand. Additionally, EIA’s latest weekly report revealed that total domestic crude inventories rose by 4.4 million barrels to 486.6 million barrels, which also put downward pressure on crude prices. For this week, crude prices may continue to drop if market concern regarding demand continues to grow.

Motorists can find current gas prices along their route with the free AAA Mobile app for iPhone, iPad and Android. The app can also be used to map a route, find discounts, book a hotel and access AAA roadside assistance. Learn more here.