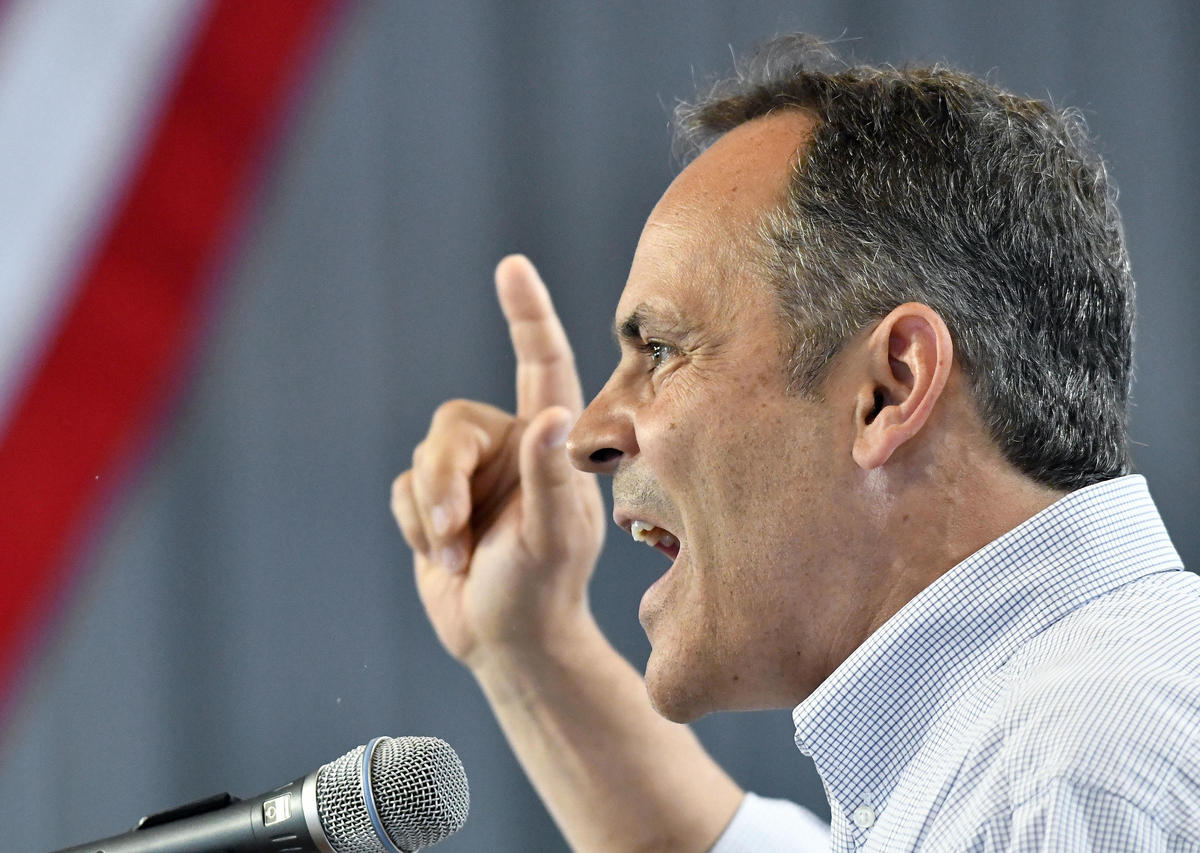 A public clash between Kentucky’s two most powerful politicians will have to wait another year. A spokesman for Gov. Matt Bevin says the Republican chief executive will skip the annual “political speaking” at the Fancy Farm picnic, a Kentucky tradition that forces politicians to trade insults on statewide television all while enduring raucous heckling from hundreds of barbecue-stuffed partisans.

Democratic Attorney General Andy Beshear has already confirmed he will attend, meaning his comments in his bitter feud with Bevin could go unanswered at Kentucky’s premier political event. It’s a reverse from last year, when Bevin spoke but Beshear skipped the event to attend his children’s play.

Bevin spokesman Woody Maglinger said the governor had a “previously scheduled commitment” on the first Saturday in August, which has been the date for the Fancy Farm picnic for decades. He did not elaborate.

Beshear and Bevin have been at odds since the moment they took office. Beshear has sued Bevin four times, and took the governor all the way to the Supreme Court twice over his use of executive orders. Beshear won one of those cases, while the other one is still pending.

Bevin has called Beshear’s office an “embarrassment” and publicly ridiculed him for being sued by one of his former attorneys for gender discrimination and for having his second-in-command arrested and sent to prison on federal bribery charges. In his 2016 Fancy Farm speech, Bevin criticized Democrats for skipping the event.

“If you can’t run with the big dogs, stay on the porch,” he said.

Terry Sebastian, a spokesman for Beshear, said the attorney general is “looking forward to attending the events and talking with folks about his efforts to keep children, families and seniors safe.”

The Fancy Farm picnic dates back to 1880 and is officially a fundraiser for the St. Jerome’s Parish. Mark Wilson, who organizes the political speaking event, said it’s not unusual for governors to skip the picnic occasionally. After a string of high-profile statewide elections, Kentucky has none on the ballot this year.

This year’s emcee is Bobby Richardson, former Democratic speaker of the state House of Representatives. Now a lawyer in Glasgow, Richardson left the legislature in 1990 and says he hasn’t been to Fancy Farm since 1991. He says it’s been so long, he doesn’t remember how the famously unruly crowd reacted to his speech.

“I’m sure they thought I was funny,” he said. “I thought they had all forgotten me, so it’s good to be back.”

The emcee does not traditionally give a speech, but that tradition has been broken the past two years by Kentucky Sports Radio host Matt Jones, a Democrat, and Republican political consultant Scott Jennings. Both men chose to begin the picnic with their own roast-like speeches, taking aim at politicians for both parties but saving their best lines for the opposing side.

Richardson says he plans to prick the egos of those on the stage, but with some restraint.