The House Republican Caucus met at the Capitol this week to elect their leadership team for the next two years and House Speaker David Osborne, R-Prospect, was nominated without opposition.

Osborne, who has been a House member since 2005, was selected by the Majority Caucus for a third term, a first for Republicans in Kentucky’s 230-year history.

“I do not take this opportunity lightly and appreciate the faith that my colleagues have placed in me,” Osborne said. “I also recognize that the people of Kentucky have entrusted all of us with passing legislation that reflects their values and priorities. They know the great potential our Commonwealth possesses and expect us to work together to realize it.” 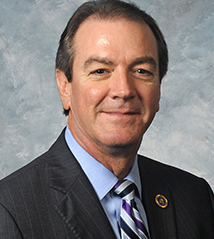 “It is an incredible honor to work with other members of leadership to set an agenda that reflects the values of our commonwealth,” Meade said. “We’ve made great strides, but still have work to do to ensure that the policies coming out of Frankfort provide opportunities for people across the state.”

As they are constitutional roles, both Osborne and Meade must be elected by the entire House when the General Assembly convenes on Jan. 3, 2023, which should not be an issue since the GOP holds a supermajority.

In addition to the House Speaker and Speaker Pro Tem, the Caucus also selected its leadership.  House Majority Floor Leader Steven Rudy, R-Paducah, was unopposed for a second term. Rudy chaired the House Appropriations and Revenue Committee until members elected him to his first term in 2021. The House Majority Floor Leader manages the day-to-day House Floor activity and works with members and the rest of leadership to set a legislative agenda.

House Caucus Chair Suzanne Miles, R-Owensboro, will also continue in the role she has held since 2018. Miles presides over majority caucus meetings as members discuss and debate issues before the legislature. In her capacity as Caucus Chair, she plays a key role in setting priorities for the session.

Joining the leadership team is Rep. Jason Nemes, R-Louisville, who will serve as Majority Whip. The duties of the Majority Whip primarily focus on gauging overall support for both Caucus priority issues, and legislation brought by individual members. He replaces Chad McCoy of Bardstown, who did not seek reelection.