After slipping a bit in September, the housing market in Kentucky picked up in October following the national trend for the month. 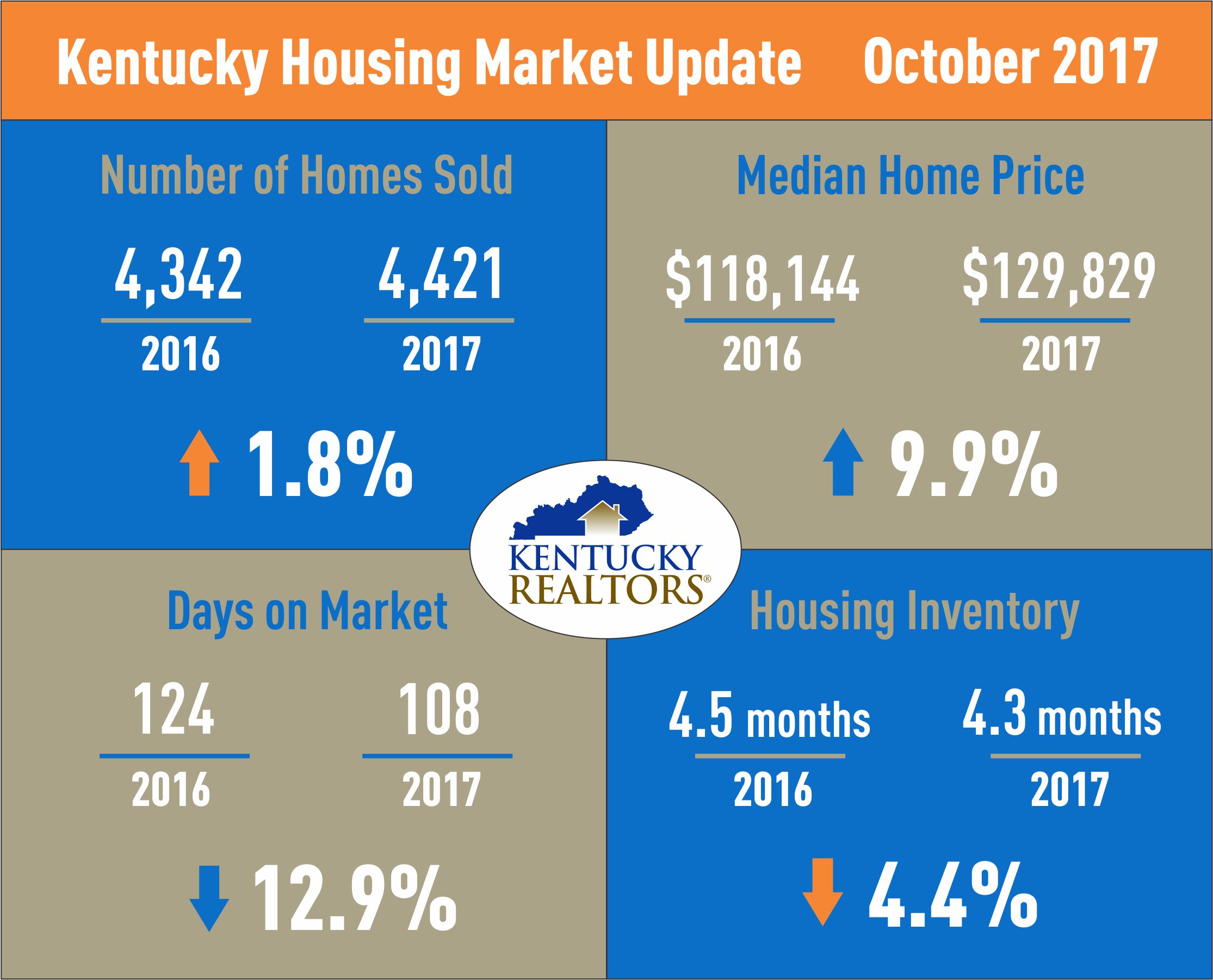 Nationally, total existing home sales increased 2 percent to a seasonally adjusted annual rate of 5.48 million in October from a downwardly revised 5.37 million in September. After the increase in October, sales are at their strongest pace since June, but still remain 0.9 percent below a year ago.

The Commerce Department reported that new home sales increased 6.2 percent to a seasonally adjusted annual rate of 685,000 units in October, making it three straight months for improvements. That was the highest level since October 2007 and followed September’s slightly downwardly revised sales pace of 645,000 units.

Lawrence Yun, NAR chief economist, says sales activity in October picked up for the second straight month, with increases in all four major regions, including the South, up 1.9 percent, which includes Kentucky. “Job growth in most of the country continues to carry on at a robust level and is starting to slowly push up wages, which is in turn giving households added assurance that now is a good time to buy a home,” he said. “While the housing market gained a little more momentum last month, sales are still below year ago levels because low inventory is limiting choices for prospective buyers and keeping price growth elevated.” 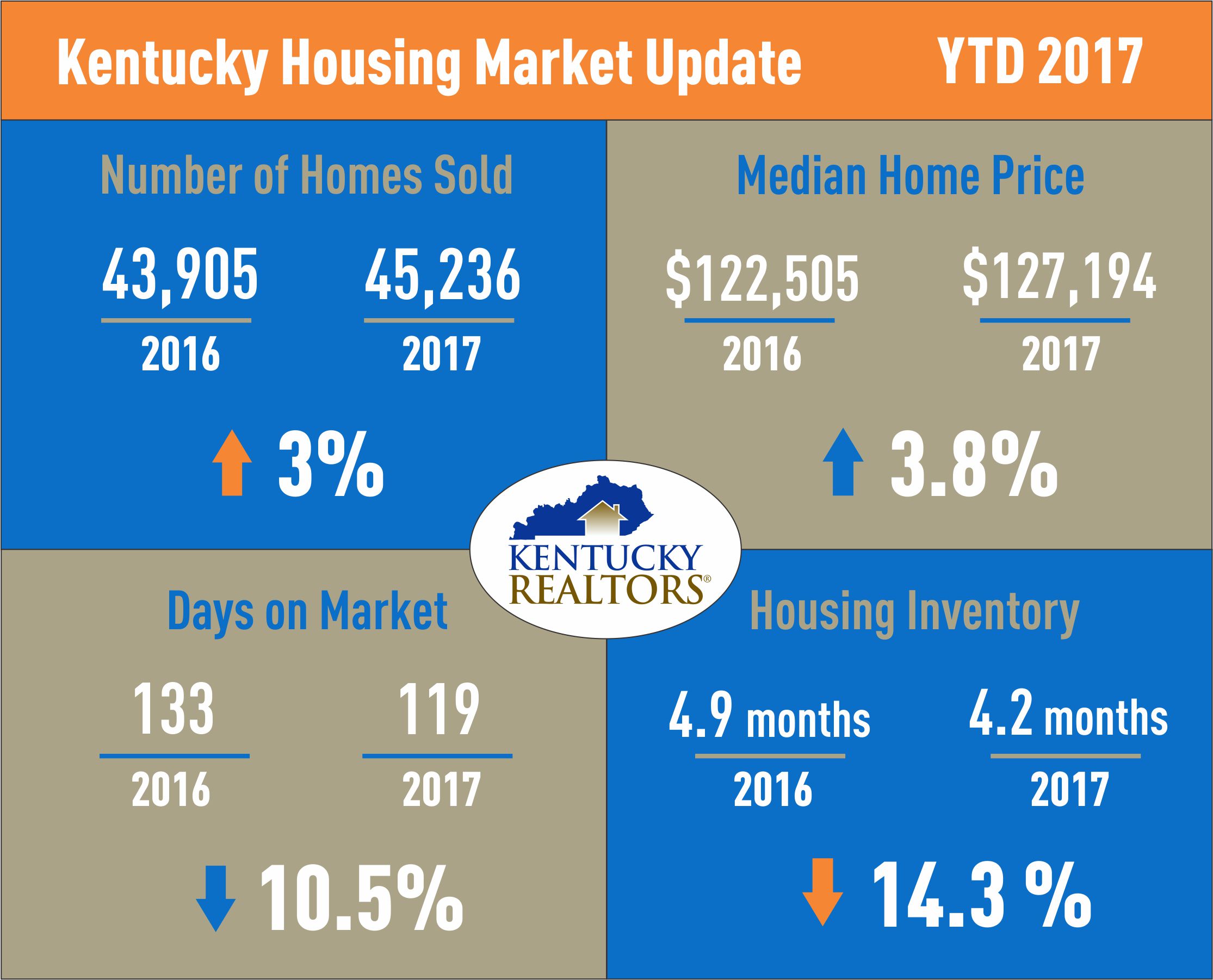 “The housing market is still very competitive,” said Mike Becker, president of Kentucky REALTORS. “The weather is cooling off and activity usually levels off in the last few months of the year. That doesn’t seem to be the case, as foot traffic and overall sales are continuing on a record pace. Based on year-to-date information, 2018 may turn out to be the busiest year we’ve ever seen despite the low levels of inventory.