A timeline of how abortion rights have changed since the Roe v. Wade decision in 1973. Valeria Merino/Courier-Journal/USA Today Network 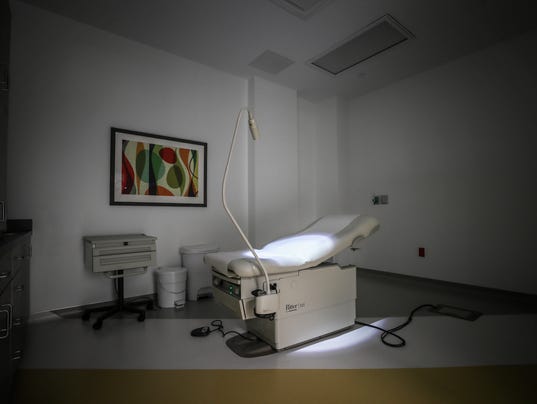 A federal judge has ordered that a law signed by Gov. Matt Bevin banning an abortion procedure known as dilation and evacuation will not be enforced in Kentucky until there is a trial in November.

An order from Chief Judge Joseph H. McKinley said that until a trial scheduled for November 13, 2018 takes place, the act banning the medical procedure cannot be enforced.

In March, House Bill 454, which banned the D&E procedure at 11 weeks after fertilization except in cases of medical emergency, passed by a 75-13 vote in the Kentucky legislature. Bevin then signed the bill on April 10.

The American Civil Liberties Union filed a lawsuit against the administration and defended the procedure as “safe and medically proven.”

The initial delay granted by a judge in April offered “immediate relief to women across Kentucky who have had their appointments canceled and care delayed if not pushed back entirely out of reach,” Andrew Beck, senior staff attorney for the ACLU Reproductive Freedom Project, said in April.

D&E involves dilating the cervix and removing the fetus using suction and surgical tools. A fetus is about 2 inches long and weighs almost a third of an ounce at 11 weeks, according to the Mayo Clinic.

The procedure accounted for 537 of about 3,300 abortions performed in Kentucky in 2016, according to state statistics.

Initially, the law would be unenforced until an evidentiary hearing on June 5, but it has now been delayed until the formal trial in the fall.

Two states — West Virginia and Mississippi — have bans on D&E abortion procedures that are currently in effect. Others have had their laws temporarily halted pending a final court decision or permanently stopped by court order.

A spokeswoman for ACLU Kentucky did not return a request for comment. A call left for Bevin’s spokesman went unanswered.