Real estate sales in Kentucky continued to increase after a strong first half of the year.

Total home sales in July hit 4,996 for a 3.9 percent increase over the same month in 2016. Year to date, home sales hit 30,939 versus 29,596 in 2016, an increase of 4.5 percent. These improvements in the market come at a time when housing inventories across the state dropped to under four months in July, a decrease of 13 percent from a year prior. For the year, inventory levels have declined almost 17 percent versus the same time in 2016.

“Buyer interest has held up through the strongest home buying months,” said Mike Becker, president of Kentucky REALTORS®. “The limited housing inventory would seem to be a concern, but from what we are seeing in most places across the state, home sales continue to be robust. 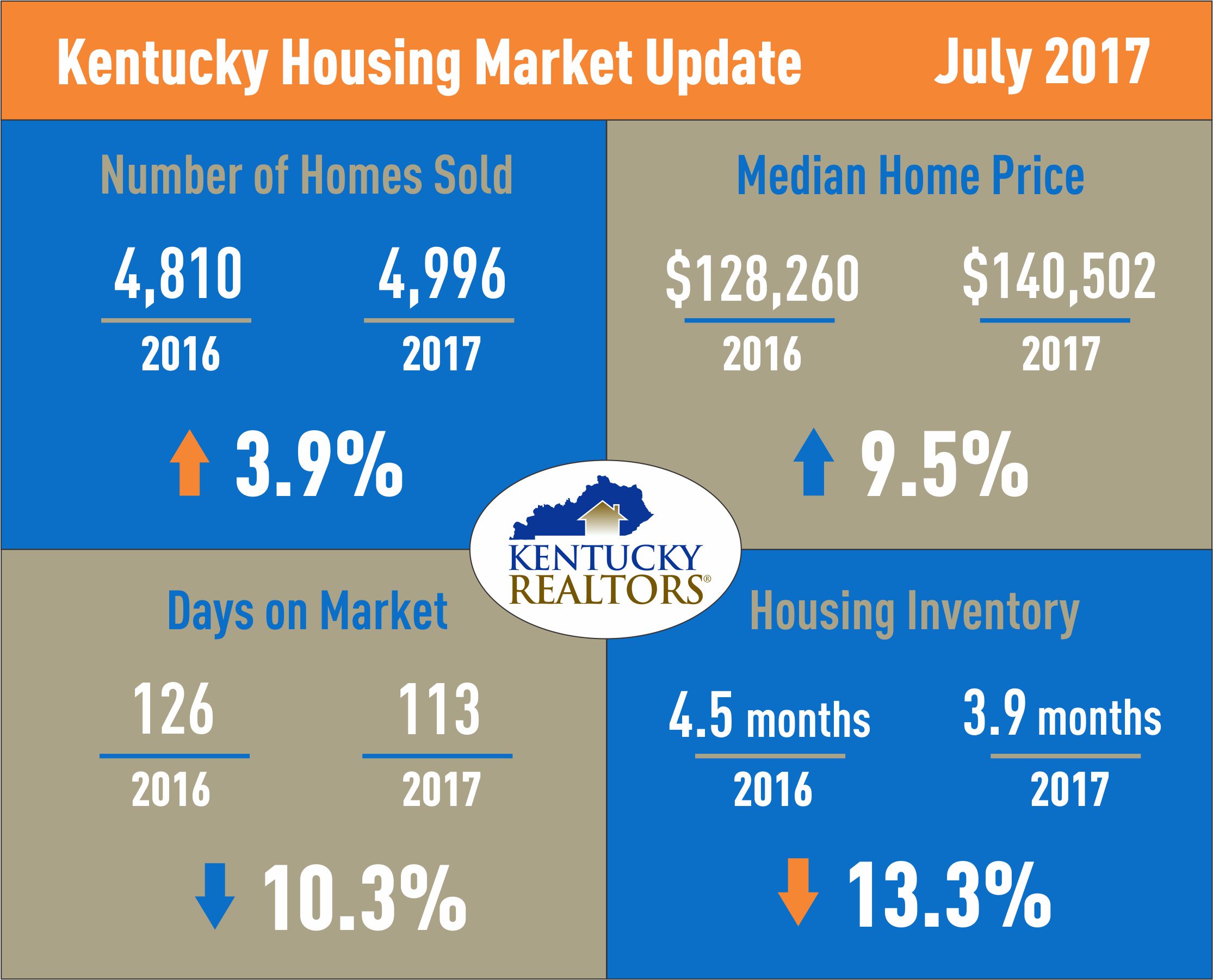 New home sales, which are viewed as a market stimulator, took a dip in July falling 9.4 percent from the month prior. Year to date, however, new home sales are 9.2 percent above where they were for the same period last year. According to the National Association of Home Builders, some pull back in new home sales in July is not surprising after strong May and June readings.

“The housing market in Kentucky has been left unshaken so far this year with home sales above where they were at the same time last year,” stated Becker. “Affordability within the state continues despite a less than ideal inventory of available homes. This is helped by mortgage rates that are still hovering around record lows despite an uptick in the national funds rate. Qualified buyers have more purchasing power and can afford more house when the rates are favorable.”

Kentucky REALTORS® is one of the largest and most influential associations in Kentucky. Founded in 1922, Kentucky REALTORS® represents more than 10,600 REALTORS® who are involved in all aspects of real estate, including residential and commercial real estate brokers, sales agents, developers, builders, property managers, office managers, appraisers and auctioneers.

To view housing statistics for the state, as reported to Kentucky REALTORS®, visit housingstats.kyrealtors.com.