Kentucky Sports Radio host Matt Jones is losing his television show until the outspoken media personality makes a decision on running for U.S. Senate in 2020, according to a Lexington station.

LEX 18’s General Manager Pat Dalbey announced on Tuesday that Jones is taking a leave of absence as host of “Hey Kentucky!” as he considers entering the Democratic primary for a chance to take on Senate Republican Leader Mitch McConnell.

Dalbey did not immediately respond to a request for comment.

Jones expressed disappointment with the station’s decision in a tweet, and suggested that other contenders may have been behind his removal.

“I disagree with this decision but It is what it is,” he said. “I still love @hey_kentucky and will return if I do not run. I am disappointed that candidates who raise massive amounts of money are then scared of allowing a person to do his regular job he created. But alas, here we are.”

Related: UK super fan Matt Jones: If I run against McConnell, I will still trash talk U of L 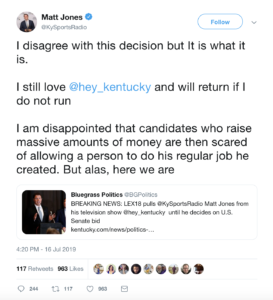 The McGrath campaign did not immediately respond to a request for comment.

Jones has been critical of McGrath’s rocky rollout, saying there is renewed interest from state Democrats in him running for Senate as a result. He also has used “Hey Kentucky” in the past to declare that McGrath can’t win statewide after losing to Rep. Andy Barr in Kentucky’s 6th Congressional District.

“She’s got a great résumé, she’s also a really good person. I just don’t know if she can win,” Jones said during a March broadcast.

“She can’t beat McConnell,” he added. “She would be a great public servant, I just don’t know if she can beat McConnell in Kentucky, which is probably what the goal is.”

McGrath upset many progressive groups and liberals across the country when she told the Courier Journal she would have voted to confirm Judge Brett Kavanaugh to the Supreme Court.

Hours later, she backpedaled and said she would have, in fact, not voted to confirm Kavanaugh to the high court.

Looking back: Is Matt Jones in for a ‘rude awakening’ if he challenges McConnell?

Jones pounced on McGrath’s troubles saying that Kentuckians are wary of inauthentic candidates.

“The worst thing you can do is to seem like your beliefs are malleable, and what’s unfortunate is that is the impression that the first 48 hours has given some people,” Jones said in an interview.

Jones is known by many as the most visible fan of University of Kentucky college sports, who has created a media empire based on the school’s rabid fan base. He also has a syndicated radio program on UK sports.

He has been the “Hey Kentucky!” anchor since 2016, and in that role has served as a contributor to the station’s political coverage and as a moderator for previous political debates, including a 2019 Democratic governor’s debate.

The stations said Wednesday will be Jones’ last show.

Jones said via Twitter that he will discuss the decision on his radio program Wednesday. 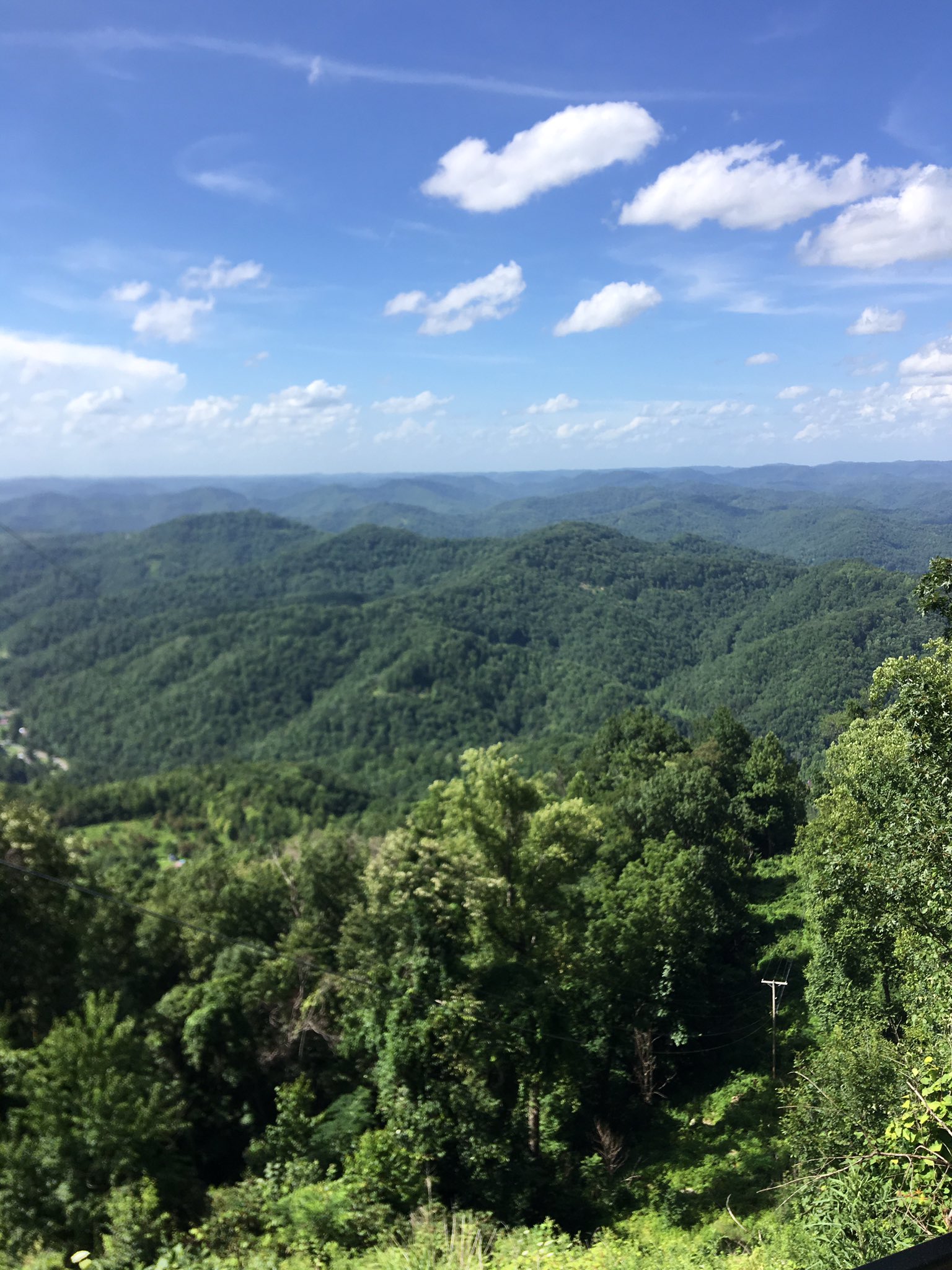