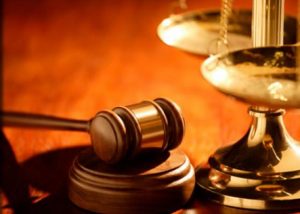 The Court ruled that the state Department of Revenue took an “unreasonable and overly broad view” of public records statutes when they refused to make their rulings public.

The DOR appealed, which the court denied. Barber’s client was fellow FBT Member Mark Sommer. The two have spent seven years fighting for these rights receiving affirmative rulings at every level.

Barber and Sommer said the Finance and Administration Cabinet must release the DOR’s redacted final rulings and failing to do so amounted to a “secret law” giving the state an unfair advantage over taxpayers during administrative hearings.

The DOR argued statutes prohibit them from disclosing confidential taxpayer documents. Barber successfully countered that a simple redaction of private information would solve that problem.

Before this case, businesses lacked an understanding of how the DOR issues and enforces their final rulings because they could not review the documents.

“We are pleased that this case has reached the end of the road, with each of the three courts that heard this case ruling in favor of transparency,” said Barber. “We look forward to receiving these final rulings which will arm taxpayers with the same information used by the Department of Revenue in administering Kentucky’s tax laws.”

The issue also came up in the 2019 legislative session when lawmakers passed a last-minute provision making tax-related documents secret.

However, that law was then eliminated in a second bill.

Frost Brown Todd is a full-service law firm serving some of America’s top corporations and emerging companies. The firm advises and protects clients in business transactions and litigation in many industries, including insurance, financial services, manufacturing, real estate, construction, energy and health care.