Matt Bevin hates ‘judicial hacks.’ But he appointed a judge accused of lying to his client

Gov. Matt Bevin, who railed against “judicial hacks” and bashed the judiciary, has appointed a lawyer to Family Court who “lied” to a client while he was in private practice, according to a federal judge’s opinion.

Bevin named Wesley Kent Varney to serve as a Pike Circuit Court judge. He is one of four candidates seeking the office in this month’s primary.

But in a 2015 ruling, U.S. District Judge Amul Thapar said Varney and his co-counsel, Stephen W. Owens of Pikeville, “lied” to their client, a physician who was charged with distributing controlled substances at an Eastern Kentucky pain clinic.

The client, Dr. Stephen Arny, claimed he was following the prescription practices of his predecessor — who had not been charged and was practicing in Lexington — and asked his lawyers to call her as a witness, according to the opinion.

But in an email, Varney told Arny a federal prosecutor had informed them that the Lexington physician “has a deal in place or soon will be indicted” and that her new clinic had been searched. 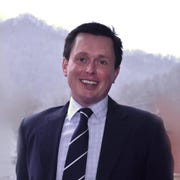 “None of that was true” and the prosecutor had never said it, Thapar wrote in a 28-page opinion granting Arny a new trial because of ineffective counsel.

Thapar said lawyers have “an ethical duty not to lie to their clients” and that Varney and Owens “certainly engaged in conduct involving dishonesty, fraud, deceit or misrepresentation.”

In his opinion, Thapar said in a footnote that while Varney and Owens were “two of the finest lawyers in Eastern Kentucky” and on many occasions had gone “above and beyond the call of duty” in representing their clients, this “just happened not to be one of those occasions.”

Thapar, who now sits on the 6th U.S. Circuit Court of Appeals, granted Arny a new trial, finding his lawyers presented a “constitutionally” defective defense by failing to interview the previous doctor or presenting any of his patients as witnesses.

Arny, with the lawyers who won him the new trial, pleaded guilty in 2017 to conspiring to distribute oxycodone and Xanax and no contest to conspiracy to distribute hydrocodone in exchange for a sentence of time he’d already spent in jail, about 12 months.

In an interview, Owens defended his representation of Arny and noted that Varney sent the email.

In a statement released by Bevin’s office, Varney said: “I appreciate the confidence Gov. Bevin has shown in me by appointing me. I pledge to the people of Pike County that I will serve diligently and to the best of my ability.”

Bevin’s general counsel, Steve Pitt, and a spokeswoman, Nicole Burton, did not respond to questions about the appointment, including whether the governor knew of Thapar’s opinion, whether Varney disclosed it or whether it was disclosed by the Judicial Nominating Commission, which recommended Varney and two other candidates.

In a statement, Varney said he responded to a questionnaire submitted to the commission “fully and truthfully to the best of my ability” and that his answers were “presumably fully vetted” by the commission, whose members include Chief Justice John Minton Jr. and two Kentucky Bar Association representatives.

Varney declined to say if he disclosed Thapar’s opinion to the commission or governor. One of Varney’s opponents, Robert Lee Chaney, said the nominees also met with the governor’s general counsel and other staff.

However, the questionnaire asks applicants whether there is “any circumstance in your professional or personal life that creates a substantial question as to your qualifications to serve in the judicial position involved or might interfere with your ability to so serve?”

Asked if the conduct Thapar cited should disqualify a lawyer from serving on the bench, Steven Lubet, a Northwestern University law professor who writes about judicial ethics, said it should have been reported to the Kentucky Bar Association, for the bar and state Supreme Court to decide.

Thapar did not respond to an email asking if he had reported Varney and Owens.

The bar’s website shows no record of public discipline against Varney.

Varney, 41, who was admitted to practice law in 2005, ran unsuccessfully for Kentucky Court of Appeals in 2014. He has been the primary conflict attorney for the local public defender’s office in Pike County.