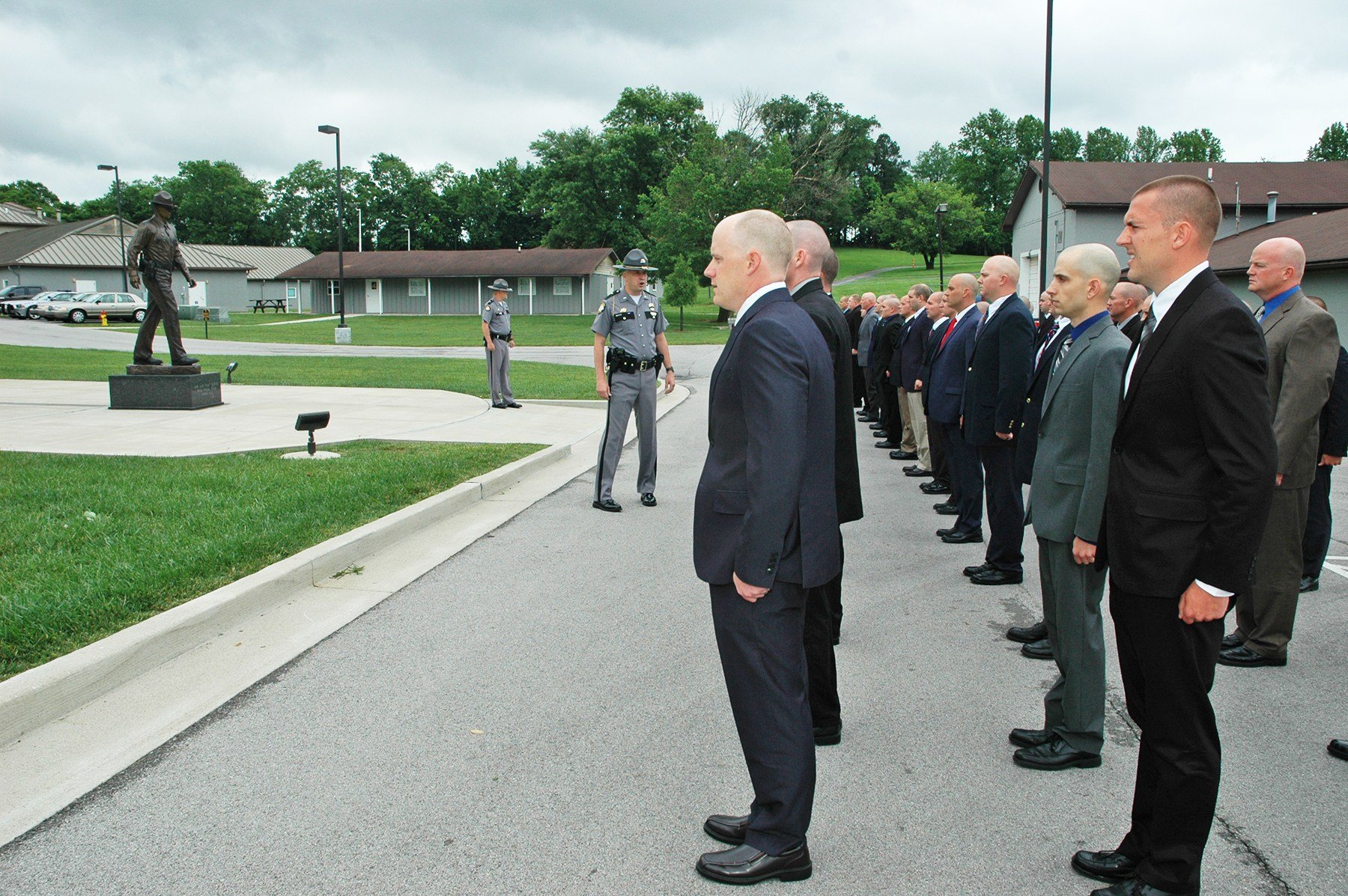 According to a release, the intensive training program is designed for any current officers who want to become Kentucky State Troopers.

The course, Cadet Class 95, is a condensed 12-week course for the current officers with two years of Kentucky Police Officer Professional Standards law enforcement experience. Officers also take a variety of physical fitness tests and running exercises within the first day of class.

Officials say 41 of the 63 officers in the class are from different Kentucky police departments, 17 come from county sheriff’s offices or departments, three are KSP Commercial Vehicle Enforcement officers, and two come from the Kentucky Department of Fish and Wildlife Resources.

KSP recently announced new qualifications for those interested in becoming KSP Troopers. Those qualifications require applicants to have a high school diploma or GED, and three years of work experience.

Applications should be returned to the KSP Recruitment Branch by June 23. Information can be found on the KSP website by clicking on Career Opportunities.