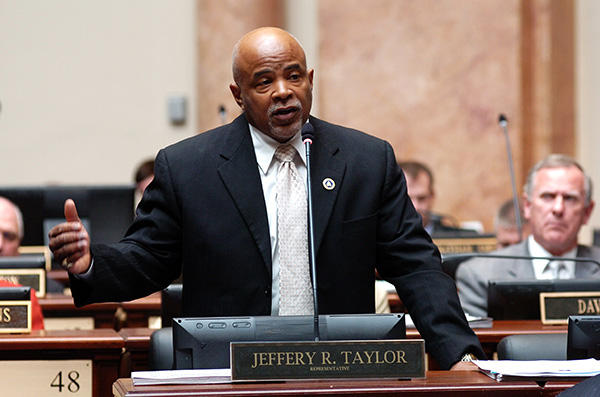 A Hopkinsville lawmaker is suing the Greater Paducah Economic Development Corporation for what he says is race and age discrimination.

State Representative Jeff Taylor is a retired TVA economic development manager and applied for the senior position of Vice President of Ecnomic Development and Special Projects with PED last year. That was before he ran successfully in the special election for the 8th district House seat in March to replace John Tilley.

Taylor, who is African-American and over 55, says he was passed over for the job in favor of a less qualified, younger white applicant.

Taylor says he’s had business ties with Paducah in the past, and is perturbed by the lack of response he got from PED leadership when he first asked why he wasn’t interviewed.

“And it’s very troubling being who I am and what I accomplished that I couldn’t get a response,” said Taylor. “It bothers me knowing that there might be a factory worker or fast food worker out there, what are their chances of having their voices heard?”

Taylor says he’ll consider it a win if it at least draws attention to the lack of diversity within public economic leadership.

“You’ve got an all-white board that takes tax-payers dollars and has no minority diversity among it, that’s the big issue,” said Taylor. “Without that kind of diversity, people just won’t stop and think ‘hey, are we really looking at the big picture here? Are we considering everybody? Are we E-O compliant?’”

Court documents say a third-party search firm, Logan Development Group, was involved in the vetting process. According to an affidavit, GPEDC says “staff had no knowledge of Taylor’s existence or interest in the position with GPEDC until it received the communications from Daniel Logan.”

Taylor filed the complaint early this year and is suing for punitive damages from the loss of employment opportunity and emotional stress.

GPEDC’s attorney offered a ‘no comment’ on the litigation.