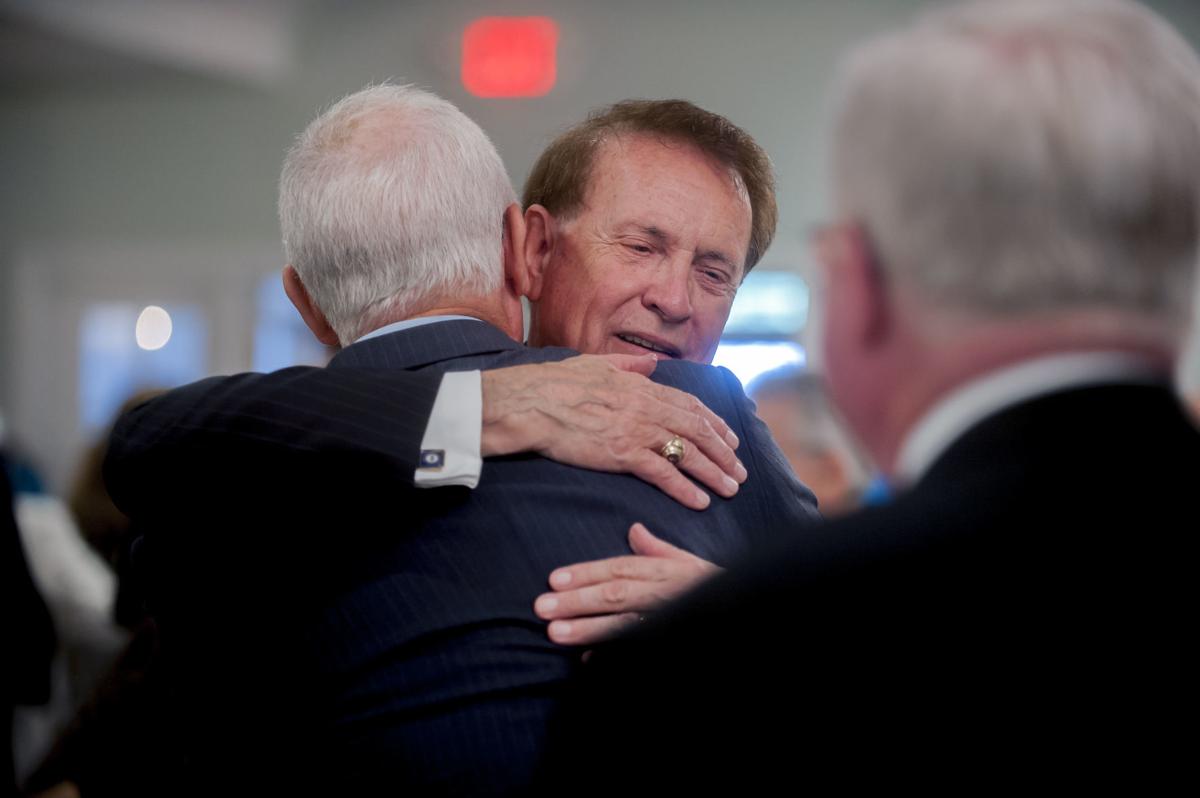 Sandwiched by a pair of standing ovations and with an emotional close, retiring state Rep. Jody Richards, D-Bowling Green, recounted his four decades in the state legislature at the Bowling Green Rotary Club meeting Wednesday at Bowling Green Country Club.

Richards, who is a Rotary Club member, was first elected as a state representative in 1975, served as House speaker for 14 years and twice ran for governor. He announced in January he would not seek re-election when his term expires at the end of the year.

Richards began by expressing his love for Rotary, “and starting in January, my attendance will be much better,” he said to laughs.

Richards then recounted his unique perspective on the modern political history of the state from the perspective of someone who was in the middle of it all.

He recounted how, when he first took office, the state legislature had very limited authority.

“The governor had all the power,” Richards said.

The lack of power was driven home to him when he showed up for a legislative session and found a black notebook on his desk that not only listed all the bills to be voted on, but also “how I was going to vote on them,” he said.

Reforms followed to expand the legislative sessions and allow for the legislature to override gubernatorial vetoes.

“Those changes have made us co-equal branches of state government,” Richards said.

Richards also listed the many ways the state and southcentral Kentucky have grown economically. Richards helped secure $6 million in state seed money for the Kentucky Transpark, which he called “a gem for our community.”

The effort to secure funding for other infrastructure like road projects was a challenge.

“I learned early on that we are not in the power center” and are overshadowed by Louisville, Lexington and northern Kentucky, Richards said.

“We have had to work harder to get our fair share for this part of the state,” he said.

Richards has long been known as an advocate for education, with a local elementary school and mass media building at Western Kentucky University named in his honor.

Richards said the 1990 Education Reform Act was the “most important (state) legislation of the 20th century” as it equalized funding for schools across the state. It also led to the formation of school-based decision-making councils and reformed assessment testing.

Higher education across the state was also reformed and Richards spoke about his efforts to provide funding support for WKU and to establish the Gatton Academy for high-performing high school students on the WKU campus.

Richards said he is often asked why southcentral Kentucky is thriving, and his response is “because we have worked together.”

Fighting back tears, Richards concluded by saying “it’s been the honor of my life to represent this community in the legislature. I’ve tried to conduct myself in a way you would be proud of.”

After Richards ended his speech to another standing ovation, Rotary Club President Travis Keller spoke of how Richards has fulfilled the Rotary’s mission to serve.

He recounted how he saw Richards at a Stuff the Bus school supply drive on a sweltering summer day. As others sought a break from the sun, “there was Jody with a handful of boxes,” Keller said. “He was doing the work.”