In the periodic rating report issued Tuesday, analysts wrote that the rating “reflects the commonwealth’s solid ability to control revenues and expenditures to maintain fiscal balance, a declining reliance on one-time measures and an elevated but still moderate long-term liability position.” 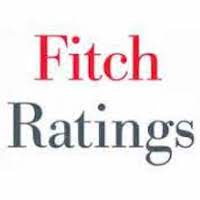 “This improvement further indicates Kentucky is poised to sprint out of this pandemic and be a leader in the post-COVID economy,” Gov. Beshear said. “Thanks to responsible fiscal management by my administration, even in the midst of a pandemic, our financial outlook is improving. We’re going to continue to work hard and make sure we are always treating Kentuckians’ money for what it is – their money.”

The new rating also highlights how Kentucky’s employment recovery through March has been slightly ahead of the national pace. Additionally, the report notes significant progress in addressing the state’s pension contribution shortfalls and making full actuarial contributions for all systems as of fiscal year 2019.

Earlier, he Governor said that the fiscal year 2021 third quarter economic and revenue report indicates the state will end the current fiscal year with large surpluses.

“Recent estimates suggest we are going to end our fiscal year with a more than $586 million surplus in the general fund, and even a $12 million surplus in the road fund,” the Governor said. “What that will mean is that we will end up with over a billion dollars in our rainy day fund. It is the most money ever in a rainy day fund in Kentucky by both dollars and percentage of the total budget.”

The Governor said the state is also preparing to create more than 14,500 new jobs through a bipartisan agreement reached by lawmakers and his administration during the 2021 regular session. Nearly $1.3 billion in American Rescue Plan Act funds will be used to boost the state’s economy by expanding broadband, delivering clean drinking water and building new schools.

Blue Grass Airport will close for 3 days in August to resurface runway
May 11, 2021
FDA authorizes Pfizer’s COVID-19 vaccine for children ages 12-15
May 11, 2021
Curfew At KY Bars And Restaurants Will Be Lifted This Month
May 11, 2021
1.83 million people have received at least first dose of COVID-19 vaccine in Ky.
May 6, 2021
Ag. Commissioner Quarles Calls For Kentucky ‘Reopening Date’
May 6, 2021
March marks Kentucky’s 10th consecutive month with housing sales gains
May 3, 2021
Latest Posts
Blog Archive
Go to Top