U.S. Census Bureau offering short-term jobs in most areas of Kentucky to help with accurate census

“We need people to apply now so they can be considered for part-time census taker positions next spring,” said Timothy Olson, Census Bureau associate director for Field Operations. 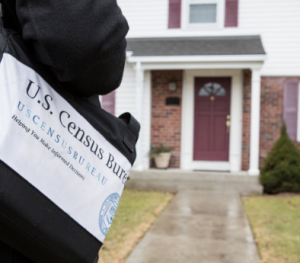 “Recent high school graduates, veterans, retirees, military spouses, seasonal workers and applicants who are bilingual are highly encouraged to apply. It’s important we hire people in every community in order to have a complete and accurate census.”

Census-takers will be hired to work in their communities and go door to door to collect responses from those who do not respond to the 2020 Census online, by phone or by mail.

In certain remote areas like northern Maine and Alaska, census takers are the only way people can respond to the 2020 Census.   Pay rates for census-takers vary, depending on the location, ranging from $14.30 to $16.38 per hour, and other jobs are also available in Kentucky as well.

Partnership Specialist positions, which are considered “work-from-home” jobs, are available in many counties, with pay ranging from $42,000 to $96,000 per year.

Only a few of these posts are available and the deadline to apply is Wednesday.

The U.S. Constitution mandates that a census of the population be conducted once every 10 years. Census data are used to determine congressional representation in the states and how billions of dollars in federal funds are distributed to states and local communities every year for critical public services and infrastructure, including health clinics, schools, roads and emergency services.  For more information on the 2020 Census, visit this website.